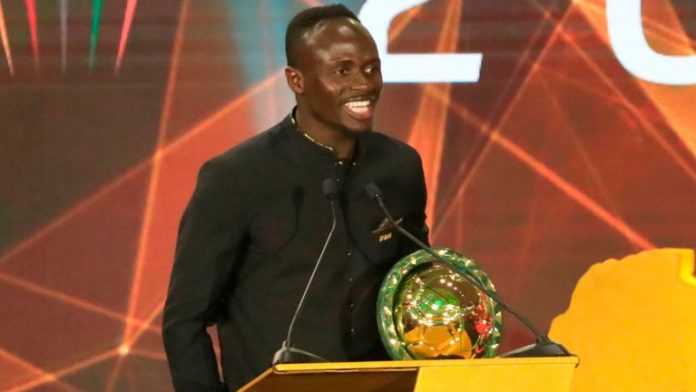 The event was held at the Albatros Citadel Sahl Hasheesh, Hurghada, Egypt, on Tuesday.

Mane had an eventful 2019 with Liverpool, winning the UEFA Champions League and coming second behind City in the English Premier League. He was also part of the Senegalese team which lost the final of the 2019 Africa Cup of the Nations in Egypt 1-0 to Algeria.

He placed fourth in the 2019 Ballon d’Or behind Lionnel Messi, Virgil van Dijk and Cristiano Ronaldo.

Algeria were named the African Men’s Team of The Year, while Cameroon won the Women’s National Team of The Year award. Mahrez’s injury time winner against Nigeria in the semi-final of the 2019 AFCON was adjudged the best goal in the continent in 2019.

2019 AFCON hosts Egypt were named winners of the Federation of The Year award, while TP Mazembe’s Moise Katumbi won the African Club President of the Year award.

Former Togo goalkeeper Kodjovi Obilale was given a special award. His career ended after he was severely injured in a bus attack against the Togolese team in the Cabinda Province, Angola, just days before the start of the 2010 Africa Cup of Nations.