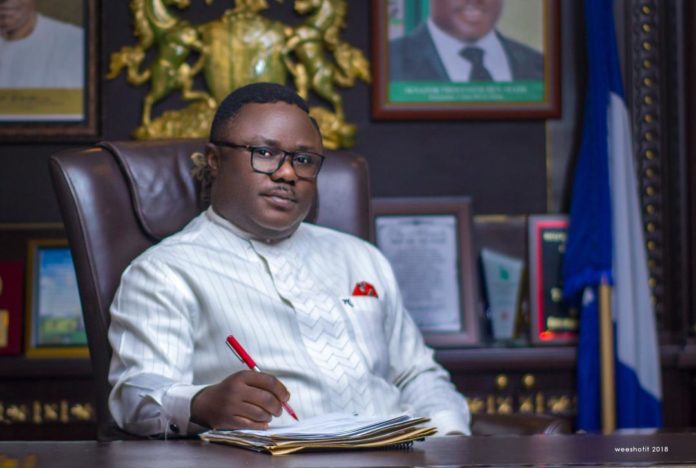 While signing the document on Tuesday, the governor lauded the state House of Assembly for meeting the deadline of passing the bill before the December 31, 2019.

He said the fiscal document was geared towards bringing to fruition, the signature projects of the administration, including the 270-kilometre superhighway connecting Cross River with northern Nigeria.

He said 82 per cent of the budget was for capital expenditure while 18 percent was for recurrent expenditure.

The governor said, “Cross River is the first state in the history of Nigeria to present a budget of over a trillion naira.

“The first time in the history of Nigeria that a state, a sub-national has presented a budget in the neighbourhood of over a trillion naira.

“There are two types of budgeting. Either you do deficit budgeting or you do envelope budgeting.

“In envelope budgeting, if you look at your medium term expenditure framework, you budget according to your expectation which is an agenda informed by how much you intend to achieve.

“Nobody has asked how Cross River which gets the lowest allocation in the country and services debt in the neighbourhood of N1.8bn manages to pay teachers, civil servants and pensioners.”

Ayade added that Cross River was able to achieve its objectives “because the deficiency is compromised with intellectual money.”

He said, “At any point in time a man’s ability is limited by his financial muscle his brain has failed.

“For us in Cross River State, with governor and his deputy as professors, it will be a thing of shame for us to budget based on our envelope size.”

He listed the number of industries he had established since assumption of office in 2015, and assured the people that the 2020 budget would create jobs for Cross Riverians.

Lawan to Sanwo-Olu: “You have done well, one good turn deserves...