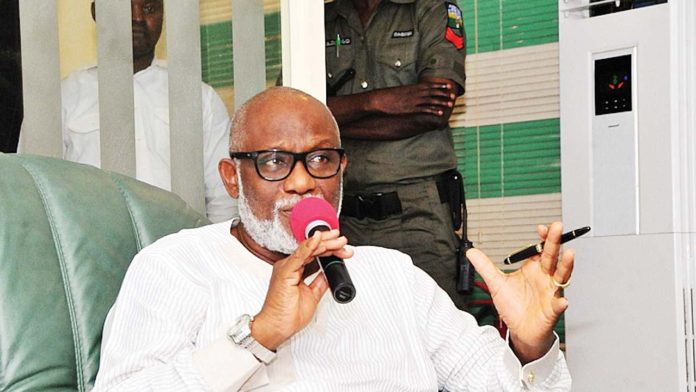 There had been insinuations in the social media that the Presidency had, a day to the inauguration, summoned the Governors to defend the security outfit for the region and how its operation would not be as an affront on the conventional police.

The reports had added the Governors who had shunned the invitation were however summoned by the Inspector General of Police, Mohammed Adamu to provide ‘satisfactory explanations’ on the Security Network as a yardstick for the launch and operation in the region.

But the launch held at the Oyo State Government Secretariat, Agodi, Ibadan amidst funfair and jubilations.

Governor Gboyega Oyetola (Osun) and his counterpart from Ogun state Governor Dapo Abiodun were represented by their deputies.

Lagos State Governor Babajide Sanwo-Olu was said to have been absent due to bad weather that made landing of his aircraft impossible.

The Ooni of Ife, Oba Adeyeye Ogunwusi led other other traditional rulers from the region to the launch.

The absence of some Governors, as well as that of the service commanders from the six states at the event, is also fuelling speculations that all is not well with the take off of the Security Network.

However, Akeredolu who is also the Chairman, Western Nigeria Governors Forum insisted that all the Governors are on the same page on the project and had contributed time and resources to ensure its workability and sustenance.

He added that even the Presidency has no issue with the issue but that a formal meeting on the operationalisation of the security outfit was held between the Governors and IGP.

He said the Governors were represented at the meeting by the Ekiti State Governor Fayemi who is also the Chairman, Nigeria Governors Forum.

Akeredolu said, “Let me be very clear to you, the presidency never summoned the Governors at no time. I am sure that the presidency are agreeable to this. All that happened was very clear, we needed to have formal discussions with the Inspector General of Police (IGP) and we didn’t all have to go there, the Governor of Ekiti represented us all there and had formal discussion with the IGP and that was all.

“The President never summoned us on this matter at all.”

Speaking on the operationalisation of the initiative, the Ondo state governor said, “As you know, in every human endeavour, no one can be certain about the activities of those that will be involved in doing the works, but one thing is certain, we are going to ensure that the abuse is minimal.

“We will do this from the beginning, those we are employing, those we are drafting and that will work in the scheme are being trained and with the training and if anybody falls short and or go out of the way, then he is out, so we are going to ensure that those that will work are properly trained, they will know what their limits are.

“So, for us, it is a human endeavour that could have one lapses here and there but by and large we will ensure that nobody runs foul.”

On the sustainability, he said “It can never fizzle out, if all of us, six governors in this zone come together to do something, are you saying we have decided to buy those vehicles to throw into the stream? We have bought vehicles, motorcycles and co to this outfit and we are sure it will be here for long.

”Whatever happens, you will remember that we always start something here. We started the road safety here, now road safety is federal, so we have started something here again and we said, it is helping community policing and I am sure that it will soon catch up everywhere in the country.

“What we are doing is legal and all we know is that it is within our powers. Section 14 of the constitution is very clear and we have responsibilities for our people in this zone for their security of lives and property, so it is in pursuit of that, that we are setting that up to make sure that at least, to give our people the confidence that the Governors are worried with the sate of insecurity in the region.

“We have said that the essence of Amotekun is collaborations. We are not here to upstage any of the existing security operatives, be it military, police, civil defence, all of them. We are all going to work together, I can assure you.

“What has happened in most of the state is that, we have all sat down with the personnel that will work in the operation and we discussed with the brigade commanders, the commissioner of police and all others and we all agreed on it. Because when it comes to security, no one agency can do it alone, there must be synergy and all of us must come together to work.”