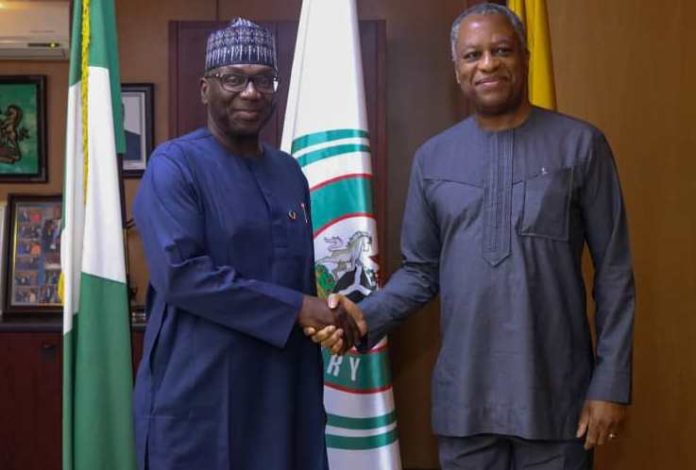 Kwara State Governor AbdulRahman AbdulRazaq on Tuesday met with the Foreign Affairs Minister Geoffrey Onyeama in the capital city Abuja to discuss how to repatriate Kwarans trapped in Lebanon and elsewhere, among other issues.

“The meeting is a follow up to the efforts by the Governor to ensure prompt repatriation of indigenes of the state who were victims of human trafficking especially in Lebanon from which two of such persons were recently brought back home,” Rafiu Ajakaye, spokesman of the Governor, said in a statement on the meeting.

“The Governor also discussed how Kwara can collaborate with the Ministry of Foreign Affairs to benefit from Foreign Direct Investment (FDI) particularly in the area of enterprise, agroprocessing, human capital development, and others.”

AbdulRazaq also told the minister of the resolve of his administration to kickstart the process of opening up an alternate West African route by linking Bode Saadu to Kaiama and Chikanda Road which empties into the country’s border with the northern axis of the Benin Republic.

“The Governor told the Foreign Minister that his administration will construct the Kosu-Bosu Bode Saadu Road which is critical for this international highway. He said the highway will effectively link Nigeria’s North Central to West Africa and will be an alternative to the West Africa highway which is a coastal road,” the statement said.