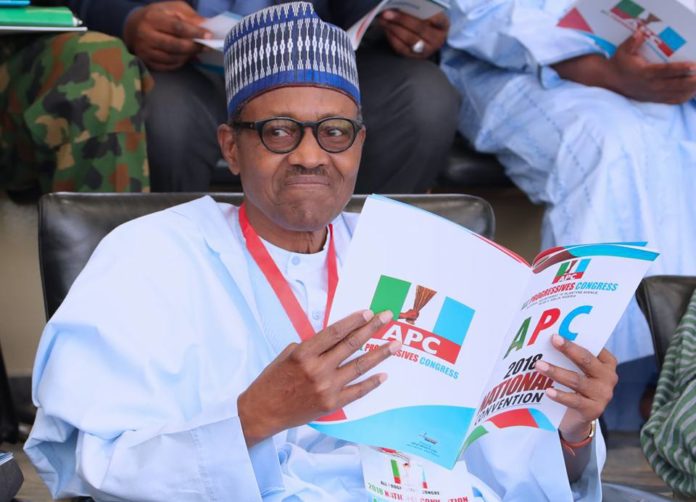 President Muhammadu Buhari and All Progressives Congress youth leaders from across the country have just ended a meeting at the Presidential Villa, Abuja.

It was a courtesy visit on the President by the young party leaders.

They were led by the National Youth Leader, Mr Sadiq Shuaibu-Abubakar.

Youth leaders in each of the six geo-political zones attended the meeting.

Also in attendance were the National Chairman of the ruling party, Mr Adams Oshiomhole; the Secretary to the Government of the Federation, Mr Boss Mustapha; and the Chief of Staff to the President, Mr Abba Kyari.

Buhari had a ceremonial presidential handshake with the leaders after the meeting wound down with a photo session.