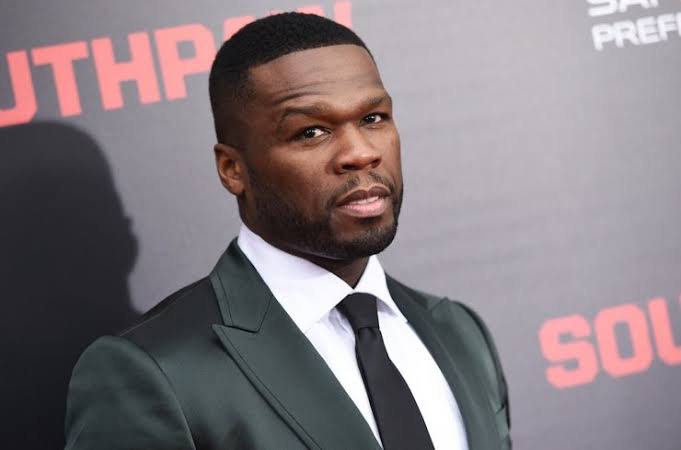 American singer, Curtis Jackson, professionally known as 50 Cent, has been honoured with a star on the iconic of Hollywood Walk of Fame.

The rap mogul and power star received the star in honour of his work in music, film and television.

The renowned singer, who took to his Instagram page to celebrate the gray honour, shared a photo of his star on the Hollywood Walk of Fame with a caption.

“South Side on the map, wait till they see how I run with this..Hahaha ..they never seen nothing like me before,” he wrote.

50 Cent has joined the list of rappers, who have been awarded a star on the iconic Hollywood Walk of Fame.

Jackson, known as 50 Cent, is a hip hop artist and businessman who became famous for his streetwise raps and rags-to-riches life story.

The singer’s early life was on crime, drugs and violence, before he turned to rap, rocketing to stardom with the album ‘Get Rich or Die Tryin’ in 2003.

50 Cent has since branched out to become an actor and businessman.

His career has been littered with feuds with other rappers, arrests, legal and financial difficulties, while his recent recording output has been sporadic.

In 2000, Jackson was the victim of a severe shooting incident that left him with multiple injuries.

He returned to music after his recovery and made several low-budget recordings with his friends Lloyd Banks and Tony Yayo, as a crew called G-Unit.

Their efforts came to the attention of Eminem and Dr Dre, who heard 50 Cent’s “Guess Who’s Back?” mixtape in 2002.

They later signed him jointly to their labels, Shady Records and Aftermath Entertainment.

50 Cent’s debut album, Get Rich or Die Tryin’, was produced by Eminem and Dre. It was a massive commercial success that eventually sold nine million units.

The singer gritty singles, including “Wanksta” and “In Da Club,” were underpinned by strong hooks that helped turn them into crossover pop hits.

Jackson maintained a presence in the industry with the release of the album ‘Animal Ambition’ in 2014 and it sold just over 100,000 copies.

Following in the footsteps of hip hop moguls such as Dre and Jay Z, Jackson successfully expanded his brand into other markets.

He promoted and invested in Vitaminwater, a partnership that reportedly netted him $100 million.

The company was sold to Coca-Cola in 2007 and also founded the successful headphones line SMS Audio.

The News Agency of Nigeria (NAN) reports that Queen Latifah received her star in January 2006, followed by Diddy in 2008 and Pharrell Williams, who received his star in 2014.

Also, veteran rappers Pitbull and LL Cool J were awarded their stars in 2016.