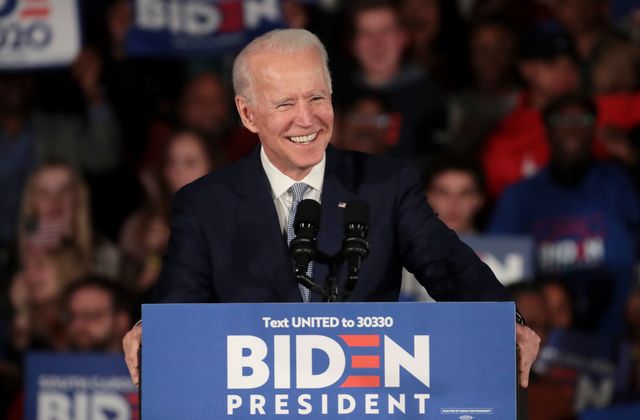 The senator and the former president announced in separate messages Monday and Tuesday, respectively, that Mr Biden would provide needed leadership at a time of serious public health challenge in America.

“The kind of leadership that’s guided by knowledge and experience, honesty and humility, empathy and grace. That kind of leadership doesn’t just belong in our state capitals and mayors’ offices,” Mr Obama said in a video message on Tuesday. “It belongs in the White House, and that is why I am so proud to endorse Joe Biden for president of the United States.”

Mr Obama’s message, which contained both overt and subtle takedowns of President Donald Trump, hailed Mr Biden’s loyalty to the United States and his preparation for leadership.

“Choosing Joe to be my vice president was one of the best decisions I ever made, and he became a close friend,” he added. “And I believe Joe has all the qualities we need in a president right now.”

He added, “this crisis has reminded us that good government matters. That facts and science matters. that the rule of law matters. That having leaders who are informed and honest, and seek to bring people together rather than drive them apart – those kinds of leaders matter.”

Mr Biden’s campaign hoped the endorsement would help consolidate American political left and galvanised support from those previously reluctant to back Mr Biden, who has been criticised as lethargic and gaffe-prone.

Mr Trump’s campaign quickly slammed the announcement, saying Mr Obama knew Mr Biden was unfit all along and had long advised him against running for president.

“Barack Obama spent much of the last five years urging Joe Biden not to run for president out of fear that he would embarrass himself,” Brad Parscale, the campaign manager, said Tuesday, suggesting that the former president had “no other choice.” in endorsing his former lieutenant.

“Even Bernie Sanders beat him to it. Obama was right in the first place: Biden is a bad candidate who will embarrass himself and his party. President Trump will destroy him,” the campaign said.

Mr Biden, 73, served as vice-president to Mr Obama for two terms between 2008 and 2017. The endorsement came a day after Mr Sanders, who had challenged Mr Biden at the primaries, said the presumptive Democratic nominee was the best for the job against the alternative: Mr Trump.

Mr Sanders, who has been widely deemed as the leader of the progressive wing of the Democratic Party, further told the newswire he would convince his supporters to contribute to Mr Biden’s campaign, saying it would be “irresponsible” not to do so.

No country in the world can develop further without contributions of...