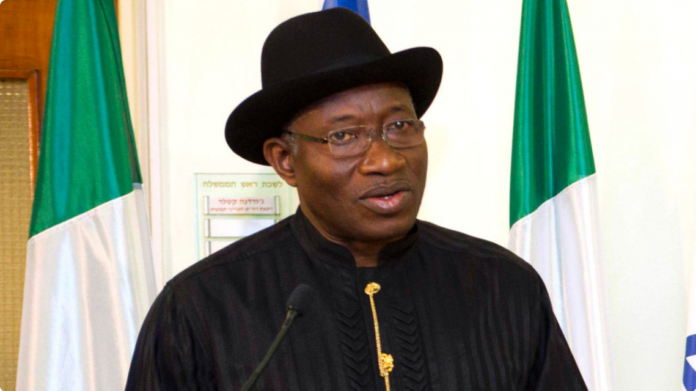 A former President, Goodluck Jonathan, has explained why he sacked Farida Waziri as the chairperson of the anti-graft outfit, EFCC.

Mr Jonathan also said he had no personal grudges against Mrs Waziri.

Mr Jonathan, in a statement signed by his spokesperson, Ikechukwu Eze, on Monday, said Mrs Waziri’s removal was in the interest of the nation and he is obliged to keep the details a “state secret.”

Mrs Waziri, who was chairperson for the EFCC between May 2008 and November 2011, in her yet to be launched book, ‘Farida Waziri: One Step Ahead’, said the former president Jonathan fired her for probing oil racketeers.

She also alleged that she was victimised for refusing to contribute money for Mr Jonathan’s election in 2011.

He contested and won the 2011 elections under the Peoples Democratic Party (PDP) defeating now incumbent president Muhammadu Buhari in 2011.

Mr Jonathan later lost the 2015 presidential election to Mr Buhari who is now in his second term.

He described her claims as ”superficial” saying it contradicts available evidence in the possession of the then government.

”It must be pointed out that former President Jonathan had no personal issues with Mrs Waziri,” the release noted. “The former President had to eventually let her go in the national interest. Her removal, therefore, has a lot to do with reasons relating to Nigeria’s interest and global standing which details Dr. Goodluck Jonathan is obliged to keep as a state secret in our common national interest.”

Mr Jonathan also said, “it is very important to note that when dealing with the interest of the nation and the performance of the functions of a public office, a determined leader cannot prioritise the interest of an individual.

”It, therefore, bears repeating here that Mrs Waziri’s removal as chairperson of EFCC had absolutely nothing to do with her purported refusal to desist from probing any oil individual.

”This claim sounds rather superficial and contradicts available evidence of the then government’s genuine efforts to combat oil subsidy racketeering.”

”Those who choose to continue to rue, like Mrs. Waziri, over the loss of public positions should realise that such a position, which is a public trust, is not an entitlement. They are usually given to individuals to provide service to the people. Public officers should therefore see such transitions as their own personal sacrifice to the nation.

“It is in this light that Mrs Farida Waziri should view her removal from office. It was nothing personal. It was everything patriotic.”

COVID-19: Only Teachers to resume June 29 in Oyo