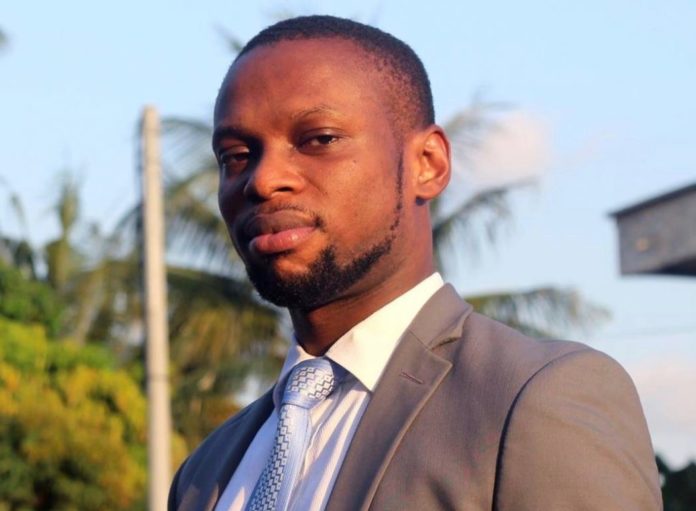 If you weren’t pressing away your phones or ogling the fine boys or girls during Logic classes in school, you would easily have noticed the grand cover-up of the circumstances of the death of Alhaji Muideen Obanimomo, a prominent Offa son, at the University of Ilorin Teaching Hospital (UITH). Oh, I forgot to add: if you’re not partisan, if you don’t believe Coronavirus is a death sentence and if you appreciate the importance of testing and contact tracing to our chances of overcoming this pandemic.

There are things that everyone agrees with, like Obanimomo’s arrival at the hospital on Wednesday and dying overnight, the suspicious background work that influenced the preferential medical attention he received at the hospital, the speed-of-light evacuation of his corpse from the hospital on Thursday and the failure to establish suspicions of COVID-19 up till his death. But that’s pretty much where the consensus ends. Almost everything else is contentious.

For example, while the state government claims the death was due to “respiratory illness”, the hospital says it was from “food poisoning”. Also, all of the Kwara State Technical Committee on COVID-19, the UITH management, the Association of Resident Doctors (ARD) and the Medical and Dental Consultants’ Association of Nigeria (MDCAN) say the deceased was first brought into the hospital on Wednesday night. Actually, that is not true. Since flying into the country on March 20 and relocating to Ilorin days later to self-isolate, Obanimomo first set foot on UITH on Sunday March 29, flanked by his wife, who was bogged down by — guess what — headache. First hint: a successful, widely-travelled accountant presenting his wife at a teaching hospital for headache is such an anomaly.

One more person who knew is Professor Kazeem Alakija Salami, otherwise called Professor AbdulSalam, the professor the UITH authorities are afraid to name despite dubbing his conduct “highly unethical”. Obanimomo briefly went into self-isolation in Lagos, sending his children away to relatives, before travelling to Ilorin to continue on the advice of Professor AbdulSalam, his ally whom the UITH management describes as his “relative”. Even a roadside mechanic knows that nobody shows up at a teaching hospital for headache; the deceased only took his wife there because they both knew the may have been exposed to the virus. First window to test the wife but it was passed up.

By Wednesday evening, the 13th day of isolation when the deceased became uncomfortable, they didn’t first send him to UITH. What a miracle that is, because these were the same people who wanted to treat headache at a teaching hospital. Instead, Professor AbdulSalam sent him to the Sobi Specialist Hospital — that hospital supposedly designed by the state government for isolating COVID-19 cases. Well, Sobi was under lock and key, not even open for operations — because the Kwara State government isn’t ready for the virus. Now, why would a professor of medicine waste his time sending a patient to Sobi if he didn’t have valid COVOD-19 suspicions? And, why, after sending such patient to a non-functioning isolation centre, would that professor make no attempt to test the patient?

From Sobi, he was moved to UITH, which has its own isolation centre; that’s where he should have been sent to, but Professor AbdulSalam used his influence to convince management to attend to Obanimomo at the Accident and Emergency (A&E) ward, where he “received VIP treatment”. Some of those who saw Obanimomo said he soon started showing “very strong COVID-19 symptoms”; he died less than an hour after. By this stage, he still hadn’t been tested. That’s really grave, because Professor AbdulSalam is not just a doctor, he is a teacher of respiratory medicine and HIV medicine, with research interest in infectious and non-infectious pulmonary diseases and core interest in tuberculosis, obstructive airways diseases and HIV/AIDS. A doctor of this calibre would have gotten Obanimomo tested if he genuinely wanted to. The failure to test Obanimomo for COVID-19 until his death and afterwards has cover-up written all over it.

In its comments about Obanimomo’s death, the Medical Advisory Committee of UITH made some admissions that further implicate the hospital. It claimed that after the death, the hospital received “several anonymous calls disclosing information of recent travels by the patient and his wife to the UK”. Who were these anonymous callers? How did they get the hospital’s number? A teaching hospital received such important calls and made no effort to document the informants, if just to be contacted for follow-up information? The hospital admitted that the corpse was “immediately released” for burial according to Islamic rights; how did these anonymous callers get wind of the travel details and the contact of the hospital all in the few hours of the corpse’s stay at the hospital?

The committee said: “Following the patient’s death and release of his corpse to the managing professor for immediate burial in accordance with Islamic rites, the hospital management received several anonymous calls disclosing information of recent travels by the patient and his wife to UK and having been on self-isolation on arrival to Ilorin prior to presentation at A&E.” This means the management is claiming that the corpse had already been released before they got information it may have been a suspected coronavirus case. This also means no COVID-19 test was conducted on the deceased, since corpse had been released before they knew the truth at all. Coup de grâce! As a matter of fact, it is not true that the hospital became aware of the patient’s travel history; the hospital had known since Sunday — four clear days before the death!

One other red flag. If the hospital is indeed convinced Obanimomo died of food poisoning, why did it prevent the ambulance that evacuated the corpse from reentering the hospital premises? Why were the doctors, nurses and pharmacists who potentially had contact with him isolated and placed on chloroquine prophylaxis? I mean, you didn’t just isolate them; you placed them on drugs! And why was the medical emergency shut down and fumigated? It’s not Coronavirus, right?

The state government claims to have collected samples from the “wife of the deceased and four others”. If these tests end up negative, this wouldn’t have absolved both the state and the hospital from the cover-up. I personally know at least one staff member of the hospital who came in contact with the deceased and hasn’t had samples taken. And I know, too, that the closest persons to the diseased knew his travel history and therefore observed necessary precautions around him. So, these four samples, whose are they? Hopefully not the children of the deceased, who were shielded from their father during the isolation.

Finally — and this is the most important sentence of this piece — why weren’t the deceased’s samples taken, even in the 45 minutes preceding his death when he displayed strong COVID symptoms? Why wasn’t a COVID-19 status-identifying post-mortem not conducted on the deceased? The state government’s social media defenders have been saying the deceased’s samples were collected. How were they collected if the hospital knew it was probably a COVID-19 case only after the body had already been sent for burial? Were they collected after burial?

The hospital admitted that the managing professor behaved in a “HIGHLY UNETHICAL” way by concealing the deceased’s travel history from the frontline medical personnel at first contact in the A&E. What’s going to happen to him — for potentially endangering staff and other patients at the hospital’s A&E?

The Kwara State Technical Committee on COVID-19 is keen to announce to every listening hear that there is there no case of the virus in the state. Quite worrying, considering that they made no effort to test someone who exhibited symptoms and at least presented himself at their ghostly isolation centre. It appears this committee and some powerful forces at UITH are more concerned about painting Kwara as COVID-negative than enabling an environment for isolation and testing, so that contact tracing can commence in earnest if a positive case does surface and so that everyone around can take necessary precautions. The Kwara example is proof many still see COVID as a death sentence, which isn’t true considering the numerous success stories emananting from Infectious Disease Hospital in Lagos. Without transparency, we won’t defeat this pandemic in good time.

Soyombo, former Editor of the TheCable, the International Centre for Investigative Reporting (ICIR) and SaharaReporters