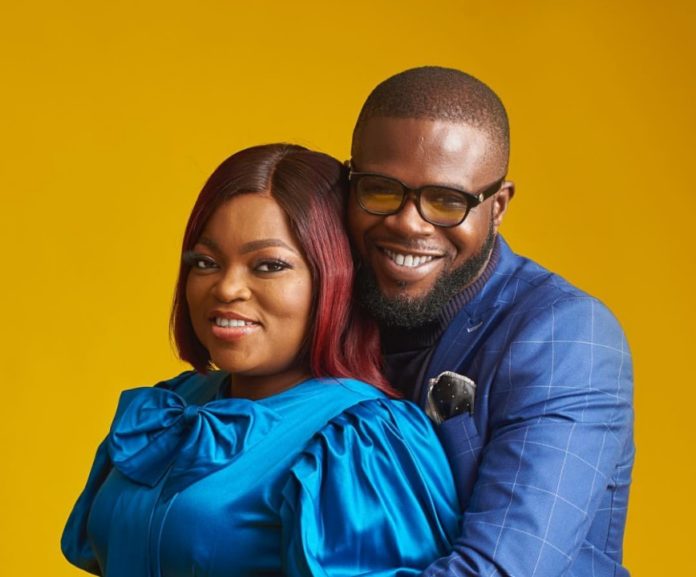 An Ogba Chief Magistrate Court, on Monday, sentenced Nollywood Actress, Funke Akindele Bello a.k.a Jenifa, and her husband, AbdulRaheed Bello a.k.a JJC Skillz to 14 days Community Service in addition to a fine of N100,000 each, after which they will observe 14-day isolation period.

The celebrity couple were earlier arraigned by the Lagos State Government on a One-Count Charge before the Chief Magistrate Y. O Aje Afunwa sitting in Ogba for organising a birthday party at their Lagos residence, Amen Estate, Ibeju-Lekki on April 4, 2020, thereby contravening the 14-day lockdown directive of the State Government.

The Lagos State Attorney-General and Commissioner for Justice, Mr. Moyosore Onigbanjo, SAN, who led the prosecution team, urged the Court to sentence the defendants accordingly, having pleaded guilty to the charge, adding that the offence committed contravenes the social distancing directive of the government as stated in the country’s Infectious Diseases Act.

In his plea for leniency, the Defence Counsel, Mr. Abayomi Alagbada said: “the defendants are first time offenders and very respectable members of the society, with two young children who need the attention of their parents and one of them is very ill”.

“You are hereby sentenced to 14 days community service for breach of social distancing directives and you are to pay the sum of N100,000 Naira each as fine and thereafter to observe the period of isolation”, she declared.

Recall that the Lagos State Governor, Mr. Babajide Sanwo-Olu had earlier barred all social gatherings of more than 25 people and enjoined residents to embrace social distancing in a bid to curb the spread of the global pandemic, COVID-19.

“FG will continue to support the utilization of new technology to...

Our policies and programmes are driven by people’s demands – Oyetola