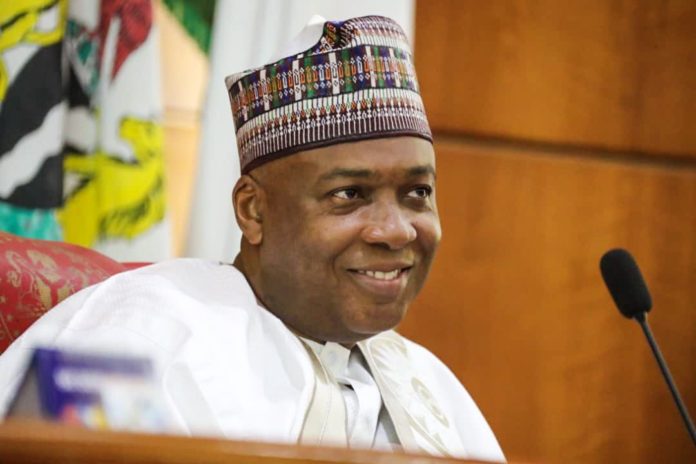 The former President of the Senate, Bukola Saraki, on Monday confirmed he had received his severance allowance.

Saraki’s Special Adviser (Media and Publicity), Yusuph Olaniyonu disclosed this in a message he posted on his Twitter handle, @Yusupholaniyonu.

Olaniyonu also admitted that Saraki’s aides had yet to receive theirs.

He said the former Kwara State governor was working hard to ensure that his aides also got what was due to them.

“He has been working to ensure that his aides get theirs.

“And as you know, he had promised to donate whatever the money is to three families that were announced.”

Saraki had in June asked the National Assembly management to distribute his severance allowance to the families of three victims of the insurgency in the North-East geopolitical zone,  including Leah Sharibu’s parents.

He also said children of some late senators in need of financial assistance should benefit from the allowance.