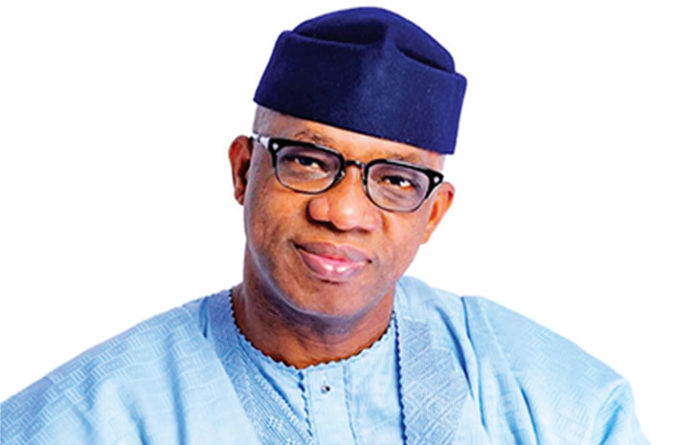 The Ogun State Governor, Dapo Abiodun, on Wednesday announced the absorption of 18 permanent secretaries and 1,000 workers employed by the immediate-past administration of Senator Ibikunle Amosun.

Amosun had made the recruitment and appointments in the twilight of his administration.

Speaking at the swearing-in of eight newly appointed permanent secretaries at Obas’ Complex, Oke-Mosan, Abeokuta, Abiodun said despite some flaws noted in the appointments and recruitment, his government had decided to be magnanimous as a people-centered administration.

He said, “It is important to tell the public that we received with great recommendations the report of the Review Committee on the Appointments and Recruitment made by the immediate past administration between February and May, 2019.

“Let me state that we very much appreciate the recommendations of the committee, comprising eminent retired public servants, that the appointments and recruitment were fraught with non-adherence to the principles and laid-down traditions of the public service.

“But in line with our administration’s commitment to equity, fairness, justice and inclusiveness, we will not engage in any action or policy that may be viewed as vendetta; rather, we will call on all to continue to put in their best for service delivery to the people of Ogun State.

“Despite some flaws, we have upheld all the appointments of permanent secretaries made in the twilight of the last administration.”

Abiodun said all the new PSs got their appointments on merit.

He urged the new permanent secretaries to see their elevation as a call to greater service to the state.

Abiodun had set up a committee led by a former head of service, Chief Dipo Odulate, to look into the appointments and promotion approved by former governor Ibikunle Amosun between February 1 and May 28, 2019.

Recall that Amosun had in April appointed 18 permanent secretaries, barely a month to the end of his administration and also appointed over 1,000 workers into the state’s civil service, while he promoted 5,000 workers.