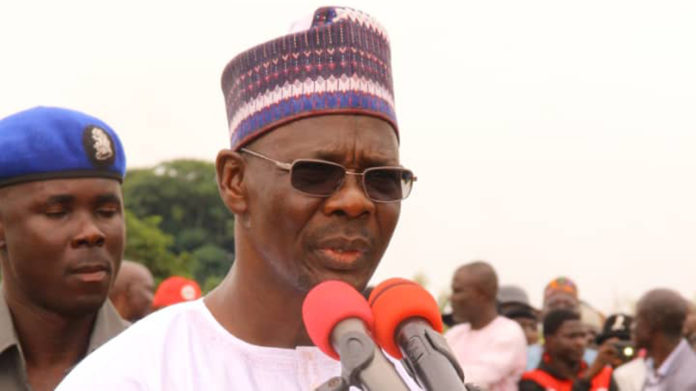 Abdullahi Sule, the gover­nor of Nasarawa State, on Thursday, flagged-off sale of fertilizer for the 2020 dry season farming in the state.

At the flag-off ceremony, Gov­ernor Sule, who was represent­ed by his Deputy, Mr Emmanu­el Akabe, said the gesture was first of its kind in the history of Nasarawa State as the fertilizer would be sold at the subsidised rate of N4, 000 to farmers.

According to him, “It could be recalled last year govern­ment procured and distributed one thousand three hundred seventy (1,370 ), metrics tones of assorted fertilizer to our farm­ers at a subsidised rate in order to improve our agriculture pro­duction in the state”.

Besides, the Governor ex­plained that Agriculture has become the major employer of labour in the state and the country at large hence the need to key into it for improved yield and charged the beneficiaries to make judicious use of the fertilizer for good dry season farming in the State.

Earlier, the state Commis­sioner of Agriculture and Water Resources, Prof. Otaki Alanana, said the distribution of fertiliz­er to dry season farmers was an effort to ensure all-year-round food production in the State.

The commissioner empha­sized that the aim of the gov­ernment was to sustain food production and called on the all dry season farmers in the state to make use of the fertil­izer effectively to boost their crops yields.