Home News President Buhari is the most democratic ex-military head of state – Governor... 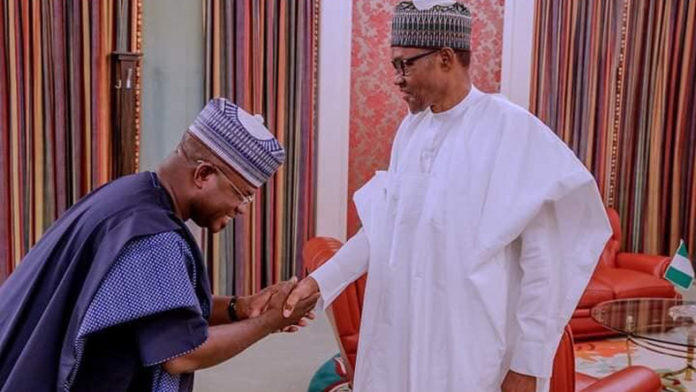 Kogi State Governor Yahaya Bello said that President Muhammadu Buhari is the most democratic ex-military president he has seen in his entire life.

The Governor said this while reacting to the decision by Punch’s editorial to henceforth refer to President Buhari as General Buhari.

Speaking to State House Correspondents in Abuja on Thursday, December 12th, President Buhari said there has not been a more democratic ex-military head of state in Nigeria’s political history

“Mr. President is the most democratic president I have ever seen. This is the first time we are seeing a former military head of state that is so democratic to the extent of allowing things happening in his home front to be democratized not to talk of things happening in the country. Whoever is tagging him to be a dictator, I think that person wished to be a dictator himself, not Mr. President,” he said