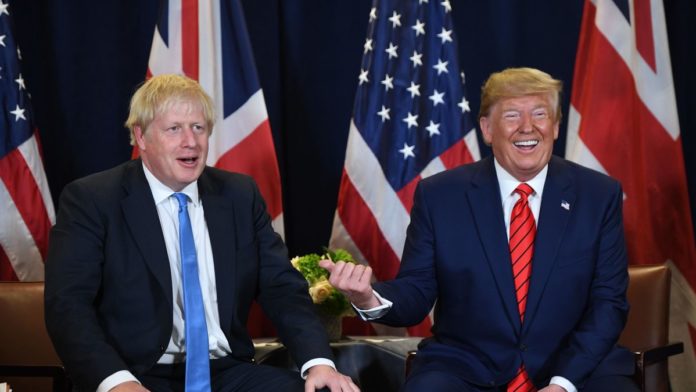 “Congratulations to Boris Johnson on his great WIN!”, Trump tweeted.

“Britain and the United States will now be free to strike a massive new Trade Deal after BREXIT. This deal has the potential to be far bigger and more lucrative than any deal that could be made with the E.U. Celebrate Boris!”

Britain’s Prime Minister Boris Johnson on Friday won a parliamentary majority, according to Sky News and BBC television, after a snap election called over Brexit.

Results showed the Tories had won 326 of the 650 seats in the lower House of Commons, meaning they could not be beaten. Exit polls from Thursday’s vote indicated they could win 368 seats.