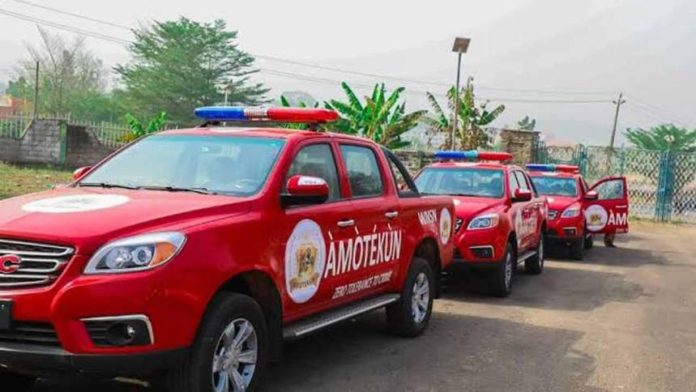 Policemen, on Tuesday, barricaded the venue of the protest against the Federal Government’s position declaring the establishment of Operation Amotekun as illegal.

Recall that the Minister of Justice and Attorney-General of the Federation, Abubakar Malami, had in a statement, described the Western Nigeria Security network codenamed ‘Operation Amotekun’ as illegal.

The protest, expected to hold at the Gani Fawehinmi Park, was organised by the Yoruba World Congress.

It was tagged as “Amotekun Solidarity Walk”.

Newsmen at the venue of the protest reported that over 20 police vans with armed policemen were present to prevent the group from accessing the park.