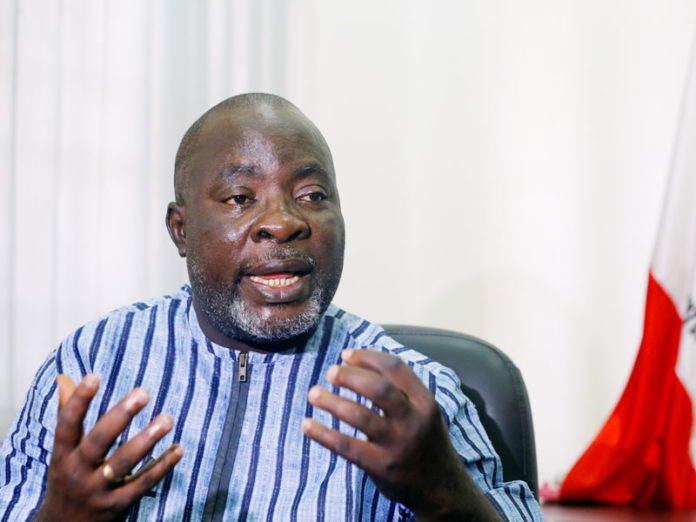 The Peoples Democratic Party on Wednesday described as an acceptance of failure and lack of capacity, the Presidency’s continuous reference to a presidential successor, less than a year into the second term of the President, Major General Muhammadu Buhari (retd.).

The PDP also alleged that the Buhari regime had no capacity to manage the affairs of a nation as complex as Nigeria.

The party’s National Publicity Secretary, Mr Kola Ologbondiyan, stated this in a statement in Abuja on Wednesday.

He said Buhari’s apprehension that his party, the All Progressives Congress, could fizzle out before 2023 was also a weighty forewarning to Nigerians not to put any hope in the ruling party.

The Serving Overseer, Citadel Global Community Church, formerly known as Latter Rain Assembly, Pastor Tunde Bakare, had in a nationwide live broadcast in his church on Sunday urged Buhari not to leave the choice of his successor in 2023 to chance.

He had said it was important for the retired Major General to influence who would emerge his successor in 2023 so that his legacies would not be rubbished.

Responding, the Presidency, through Buhari’s Special Adviser on Media and Publicity, Mr Femi Adesina, on a live interview on Channels Television on Monday, said the question of the successor to Buhari in 2023 was best answered by Nigerians, who would freely make the decision through the ballot.

He added that Buhari would not “impose” his successor on the country, but would rather allow a democratic process to be followed by electing the next President.

Adesina had said, “The President will not pick a successor; we know him, he is not somebody like that. Will he be interested in the process? Yes, he will.

“He will ensure that there is a free, fair and credible election; that nobody will come to use money and resources to bamboozle his way into the leadership of the country. It will not happen.

“The President will ensure a free, fair and credible process but to hand-pick a successor? No, he will not do that.”

But Ologbondiyan urged the Presidency to immediately apologise to the nation over its comment to “hand Nigeria over,” insisting that it was a direct affront on Nigerians and a huge insult on their sensibility and sense of sovereignty to freely choose their leader.

He advised Nigerians to note that such continued allusion to a successor by the Presidency showed that the President and the APC had no agenda for the nation for the next three years.

He said it further underscored the hopelessness of the administration and the sorry situation Nigeria was faced with under Buhari and the APC.

He said, “The PDP laments that such underlined the pathetic drift in Buhari’s New Year speech as well as his failure to articulate a clear-cut agenda in critical sectors.

“It also exposes the reason behind the APC’s resort to blackmail, fabricate and attack on well-meaning Nigerians instead of enunciating a direction for its incompetent administration.

“Our party, standing with millions of Nigerians, counsels the Buhari Presidency to bury its confessed interests in the 2023 Presidency and desist from making unsolicited allusions and references to a successor, as failed leaders can only bequeath failure successor on a people.

“The PDP, therefore, charges the Buhari’s Presidency to immediately withdraw the offensive and provocative remark to “hand Nigeria over,” in its response to Rev. Tunde Bakare’s comment on the 2023 Presidency.

“Our party cautions the Buhari Presidency to note that Nigeria is a sovereign nation, governed by rules and that nobody, no matter how highly placed, has the power to hand her over to anybody.

“By insisting that  Buhari has interest in his successor, the  Presidency is in direct aggression against the will of the people to freely elect a president as guaranteed by the constitution.”

Ologbondiyan said the 1999 Constitution (as amended) did not confer the right to install the President of Nigeria on any individual, but on the people of Nigeria through a free, fair and credible election conducted without interference from anybody.

He advised  Buhari to end his interest in the 2023 Presidency and use the remaining years of his tenure to get competent hands to assist him to manage the affairs of the nation.

He also urged Buhari to concentrate on his retirement plans, as according to him, Nigerians expect no solutions from him and his party.