Home Politics Nothing can distract my administration – Obaseki 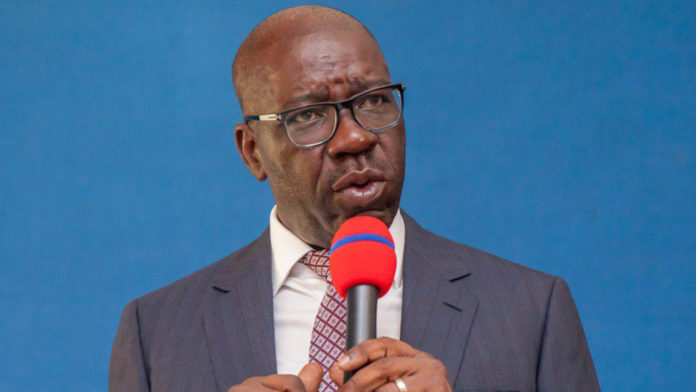 Gov. Godwin Obaseki of Edo says his administrations will not be distracted by forces whose intention is to slow down the governance process in the state.

The governor stated this while briefing newsmen on the outcome of the weekly State Executive Council meeting held at the state government house in Benin on Monday.

He said that the council reviewed the recent political situation in the state and had decided not to relent in delivering good governance to the people of Edo.

“It is interesting that at a time we are receiving all the awards which are acknowledgment of what we have achieved, there are forces from within who are fighting the progress we have made.

“It is quite ironic that the week we were receiving awards in the area of ICT and entrepreneurship, that same week, we were being invaded from outside by some strange elements.

“Their intention is to slow us down and distract us, but with God on our side and the people that are with us, they will not succeed,” he said.

Speaking on the award given to him by Tribune newspapers, the governor said, “we have accomplished quite a lot in the area of rethinking education in Nigeria, starting with the foundation which is basic education”.

In his remarks, the deputy governor of the state, Mr Philip Shaibu said that the governor had continued to receive numerous awards, especially in the areas of education, job creation, infrastructural development and technology.