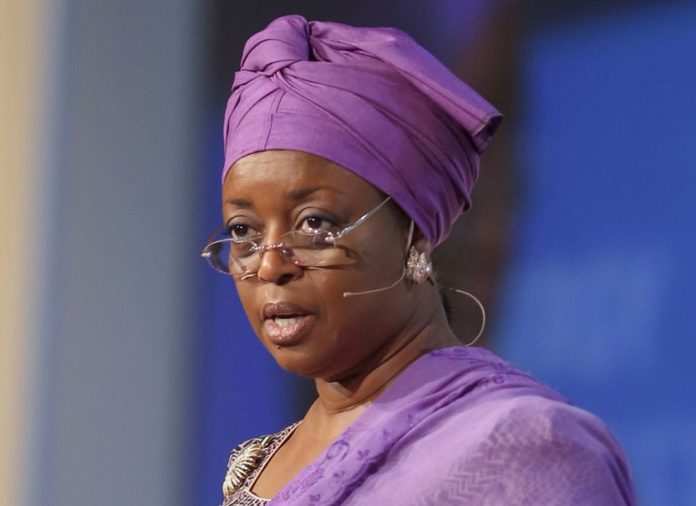 Acting Chairman, Economic and Financial Crimes Commission (EFCC), Ibrahim Magu, has appealed to the Government of United Kingdom (UK) to extradite the former Petroleum Minister, Diezani Alison-Madueke to account for alleged missing of $2.5 billion in her ministry during the administration of former President Goodluck Jonathan.

Magu, at media briefing in Kaduna on Monday, ahead of the Tuesday passing out parade of EFCC trainees at the Nigerian Defence Academy (NDA), said personnel of the Commission were trained to, “shoot and kill corruption in Nigeria, so we cannot be challenged by any threat.

Fielding questions from reporters, the EFCC boss said Diezani has stolen so much money that she needed to be extradited to the country to return the money back to the Federal Government.

According to him: “I was in London this year, we did investigation together with the UK team, and anywhere I go I always call for extradition of corrupt Nigerians to return back the money.

“This woman has stolen so much, not less than 2.5 billion dollars, but unfortunately she has generation of looters who are supporting her. This is not good.

“We are in touch with the international community, she is under protective custody, otherwise, we would have arrested her, return her to Nigeria”.

He however, said corruption is surmountable, pointing out that in 2019, a total of 1,218 convictions were secured by the Commission.

The EFCC boss also added that in January this year, 28 convictions were effected, involving billions of dollars and pound sterlings.

“We will not allow corruption to work here in Nigeria because it is destructive and disastrous. We blocked several accounts”.