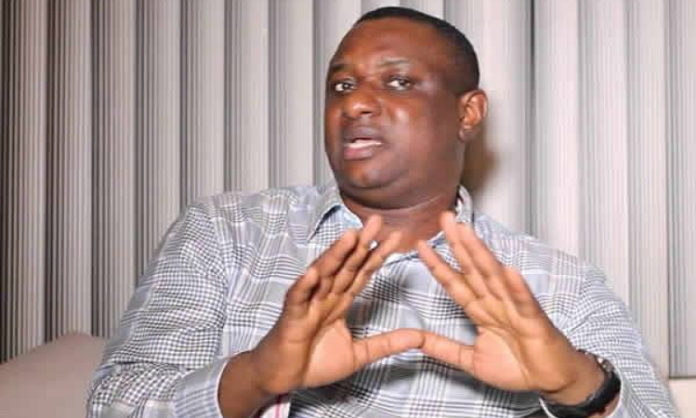 The Minister of State for Labour and Employment, Mr. Festus keyamo (SAN), has denied justifying the re-arrest of Sahara Reporters publisher, Omoyele Sowore.

Keyamo made the rebuttal on his official Twitter handle on Tuesday.

The minister himself had been arrested in the past for activism and for calling for the secession of the Niger Delta in the early 2000s.

Following Sowore’s re-arrest last Thursday, there were reports on social media that Keyamo said a person could be arrested anywhere including a courtroom.

He was quoted as saying, “There is nothing constitutionally wrong with rearresting Sowore in courtroom, an offender can be captured anywhere.”

In his rebuttal on Tuesday, however, Keyamo said he never made such a statement even as he stated that fake news had become a threat to Nigeria.

He tweeted, “Fake news with no link. The unfortunate ones have fallen for it. As usual, there would be no apologies to me. Life goes on. It’s freedom of speech!”

Keyamo’s tweet, however, attracted more comments as many of his followers asked him to express his view on the controversial arrest of Sowore.

The Presidency and the State Security Service had on Sunday defended the re-arrest of Sowore who is standing trial before a Federal High Court.

However, many human rights advocates serving in Buhari’s government have kept mute since the incident occurred.