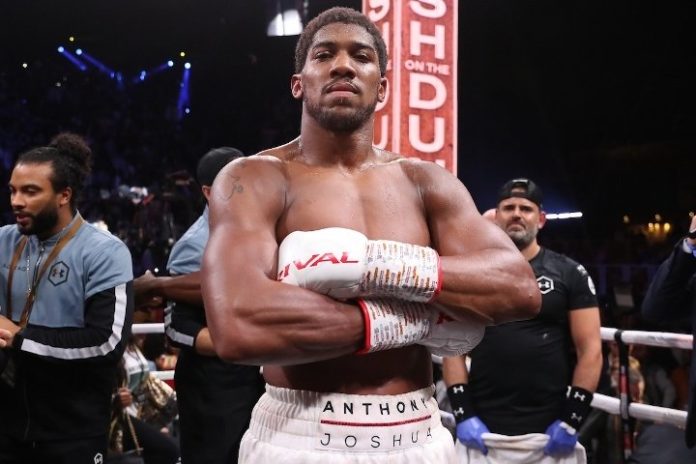 Last Saturday, British boxing superstar Joshua out-boxed Ruiz to reclaim his heavyweight title. Ruiz even had a cut above his left eye while Joshua barely bore a mark of the contest. After regaining his crown, Joshua reportedly has doubled his worth.

Mark Seltzer, a member of Team Joshua, boxing manager and cut man with 50 world title bouts to his name, has told The Mirror that the Brit has increased his fortune by £52 million ($68 million) after winning his rematch with Ruiz. More importantly, Seltzer revealed that Joshua can double his purse to a whopping £200 million ($262 million) in a mega-fight against Wilder.

“The sky’s the limit for Josh,” Seltzer said.

“A mega-fight with Wilder could see them attract a purse of £200 million. It’s the fight the world wants to see. With money from the Middle East and the Far East now in the sport, countless backers will pay,” he added.

On the other hand, Wilder, who holds the WBC heavyweight title, is already scheduled for a rematch with his nemesis Tyson Fury on Feb. 22, 2020. The rematch reportedly could open up the prospect of a bout against Joshua in earlier or later next year. However, Wilder believes that the blockbuster heavyweight bout will not happen as Joshua is keen to avoid him.

“I don’t think we’ll ever see a unification bout,” Wilder told The Athletic.

“We’ll never see it, and I don’t want people to get their hopes up on it because it’ll never happen,” Wilder continued.

As per the “Bronze Bomber,” everybody from Joshua’s team and promotions won’t even mention his name. He also fired shots at Eddie Hearn whom Wilder accused of talking about other things that don’t make sense at all.

Wilder has kept it real about his thoughts on Joshua and exclaimed that fans are tired of hearing other stuff. According to the champ, people want to see two heavyweights on their prime face each other inside the ring.

“People want to see your heavyweight in there with our heavyweight! That’s it! We’re tired of hearing that other s—,” Wilder claimed.

The undefeated champ also reminded everybody about his past victories by saying that he’s “dangerous” and thus far “the best” there is.

“I’m too dangerous. You’ve seen what I do in the ring. I don’t play around. I’m the best, and I know it and I understand it,” Wilder said.

FG to withdraw military from volatile spots in 2020