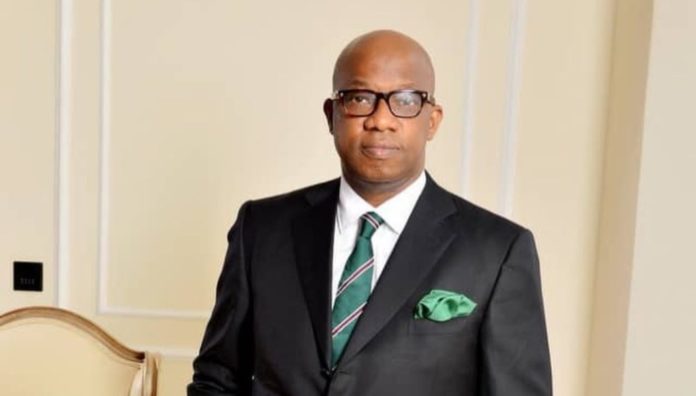 Abiodun stated this in his New Year message in Abeokuta, the state capital, on Wednesday.

He assured residents of the state that his administration would pay more attention to financial transparency, accountability, due process, efficiency and cost management.

He also pledged that his administration would ensure that individual prosperity was clearly manifested.

The governor also promised to complete all the ongoing projects initiated by the Ibikunle Amosun-led administration.

He urged civil servants in the state to be diligent and committed to their duties.

The governor added that his administration was in the final stage of negotiations with union leaders on the issue of the minimum wage.

Abiodun maintained that his administration would be methodical and strategic in dealing with situations.

He assured residents that the 2020 budget, which he signed into law two days ago, would be efficiently and effectively implemented to create a better ambience for further development of the state.

Abiodun also promised to continue to engage citizens and stakeholders in the state on matters affecting them.

He said, “We will continue to be methodical, strategic, structured and deliberate in all that we do.

“We will continue to engage our citizens and all stakeholders in matters that affect them.

“As a new administration, we cannot afford to rest on our oars.

“Going forward, more attention will be on financial transparency, accountability, due process, efficiency and cost management.

“This has engendered the Medium-Term Expenditure Framework.

“It is also important to remember that our public service remains the engine room of government.

“While I am proud to say that prompt payment of salaries to our ever hardworking, diligent and committed public servants is no longer a challenge in Ogun State, it is also imperative to state that our government is already in the final stage of discussion with the labour unions for the implementation of the new minimum wage in Ogun State.

“We are committed to ensuring that individual prosperity of our citizens is clearly manifested and the status of our dear state is enhanced in the comity of states in the Nigerian Federation.

“We are determined to leave Ogun State much better than we met it, but in doing all this, we must remind ourselves that there are hard choices that we will have to make.

“These choices will give us the opportunity of a solid foundation today for a better tomorrow.”