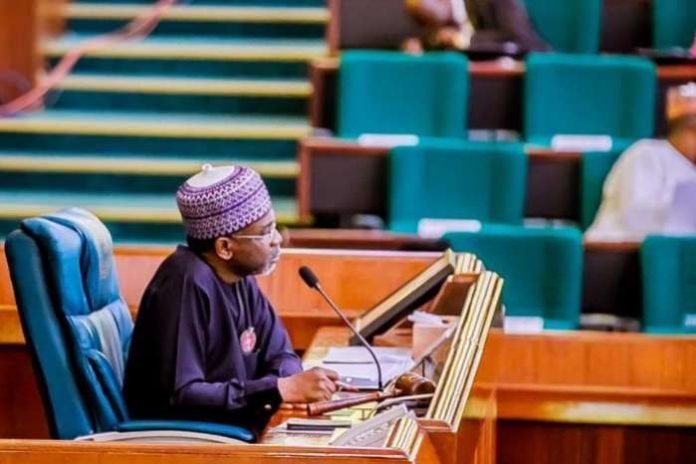 The House of Representatives, on Tuesday, threatened to institute legal action against Chairman of the Independent Corrupt Practices and Other Related Offences Commission (ICPC), Prof. Bolaji Owasanoye, over the allegation bothering on the release of N1 trillion for implementation of constituency projects, which President Muhammadu Buhari described as waste.

The resolution was passed sequel to the adoption of a motion under matter of urgent the public importance sponsored by Hon. John Dyegh.

The aggrieved lawmaker who accused the ICPC chairman of painting National Assembly black before Nigerians argued that his action was aimed destroying the image of the Nigerian Legislature before the international community and make the members lose their hard-earned reputation.

While challenging the ICPC to substantiate his claims over the alleged duplication of the constituency projects, Hon. Dyegh in his lead debate expressed concerned that the submission was capable of pitching the National Assembly members against their constituents and “portray us as thieves”.

According to him: “The House is properly informed that this is a deliberate attempt to rubbish and ridicule this institution and portray it as not having credible persons

“The House is also aware that in most communities, the only federal government project or benefit they can point to is National Assembly members projects as we are down to the grassroots.”

While noting that no court in Nigeria has passed any judgement “on this Legislature or its members as thieves,” as alleged by Prof. Owasanoye, Hon. Dyegh stressed that “the ICPC chairman has no such right” to speak about the National Assembly members in the manner he did, saying that “if you say someone stole, you are saying he/she is a thief”.

To this end, the House asked the ICPC chairman to prove his case beyond all reasonable doubts or be taken to court by the House.

The House also mandated its relevant committees to investigate the matter and report back for further legislative action.

Why foreign investors are trooping to Kogi State – Gov. Yahaya...