Home News COVID-19: We don’t know how long this will last – FG 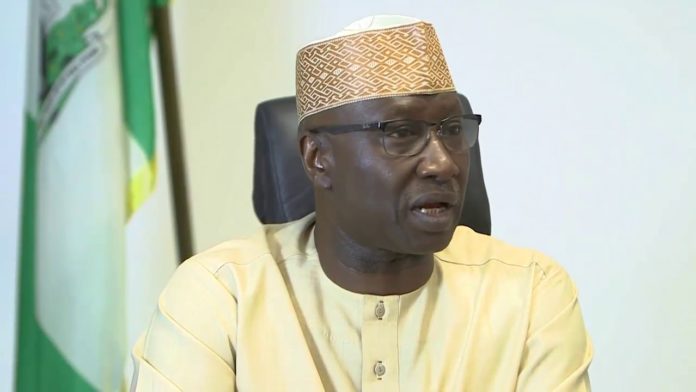 The Federal Government on Monday said it did not know how long COVID-19 would last in the country.

The Secretary to the Government of Federation, Boss Mustapha, said this at a  press conference he jointly addressed with the Minister of Health, Osagie Ehanire, in Abuja where the government revealed that the country had recorded its second COVID-19 death.

President Muhammadu Buhari as part of efforts to stop the spread of COVID-19, on Sunday, ordered lockdown in the Federal Capital Territory, Lagos, and Ogun states.

However, on Monday, the Ogun State Government said it had got the presidential permission to shift the lockdown to Friday.

Buhari, had during a nationwide broadcast on Sunday,  said the 14-day lockdown would enable the government to trace and treat those who must have contracted the virus.

On Monday, the SGF, Mustapha,  said, “We don’t know how long this thing will last.  That’s the truth about it. I believe with sheer determination of all Nigerians, we will overcome these challenges.

“We are doing everything to ensure conformity of policies with state governments.  We will do everything within our power to stop the case.”

He added, “Let me use this medium to appeal to all Nigerians, through you, for full understanding, unity of purpose and in the interest of humanity, to observe all measures put in place, remain vigilant and cooperate with security and other agencies who are toiling day and night to keep us safe and alive.”

Ehanire said no country could boast of having enough ventilators, which he said were not required for all cases.

He said, “The question of ventilators;  yes we are addressing it. There is no country in this world that has enough ventilators. Of all the cases we have had so far only one requires a ventilator. Some require just Oxygen. Probably less than four per cent of the cases we are dealing with require ventilators.

“Government is also taking inventory of what each state requires. The number of ventilators you have in the country does not decide your rate of survival.”

Ehanire said the President had approved that all retired but essential and able staff be recalled to service.

He said the President had also issued directives for all Federal Government stadia, pilgrims camps and other facilities to be converted to isolation centres and makeshift hospitals.

To increase access to testing, the minister said the Federal Government was working hard to open up as many testing sites as possible.

He said, “We project that in three weeks, seven more laboratories in Abakiliki, Kaduna, Kano, Maiduguri, Port Harcourt and Sokoto will be added to this network to further expand testing capacity nationwide.”