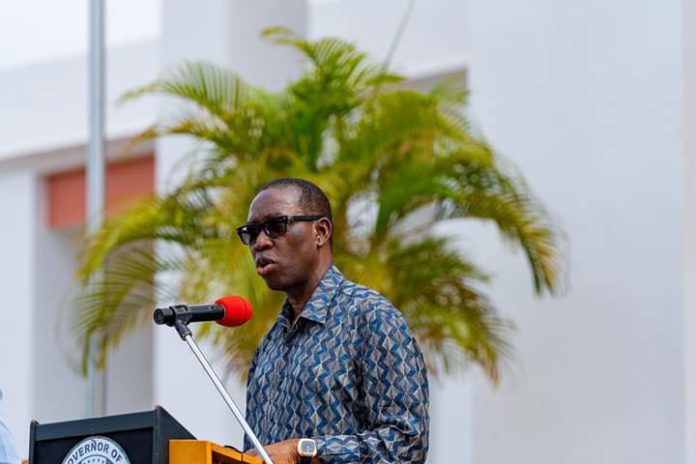 The Delta State Government has said that its palliatives being provided to cushion the effect of the lockdown in the state on the vulnerable as a result of COVID 19, will not be distributed along party lines.

The Commissioner for Information in the state, Mr Charles Aniagwu, disclosed this while speaking on “COVID-19: The situation in Delta” on AIT via Skype in Asaba.

He said that hunger could not be defined politically and as such, the distribution of the palliatives would not be on political considerations.

According to Aniagwu, it will be given to everyone who belongs to the vulnerable group in the state; it was not a time to play politics, only those who can’t afford to feed themselves within the period of the lockdown would be attended to.

“We know it is difficult staying at home especially for the daily income earners, but the Governor has also said that at a stage we will roll out some palliatives, not political palliatives where you just put it on television, but in reality, it cannot serve even up to a meal.

“We have also pleaded with corporate bodies and individuals that are well-meaning to come to our aid with a view to providing us with such palliatives.

“What will make our palliatives different is that in the first place, beyond having a committee at the State level, we have also set up a high-powered seven-member committee at the local government levels for that purpose.

The commissioner explained that the government believed that there were vulnerable persons and that “even if you voted for us but you can take care of yourself, we will not look in your direction because this is not a political food and this is not the time to get political’’.

He added that “whatever we are able to bring up, we will make it available to our people so that by the grace of God, all of us will have a better story to tell at the other side of the divide.

“By the time we get through with the challenges of COVID-19, we would have been able to come together as Deltans and not as PDP members or APC members.

“We are going to do it as Deltans and the governor has said that anybody caught trying to divert what the state or the private individuals are donating for the purpose of helping our less-privileged will be dealt with according to the law.

“We are going to ensure that we implement that.”

Aniagwu also said that the index case recorded in the state on Tuesday was responding to treatment at one of the treatment centres in the state.