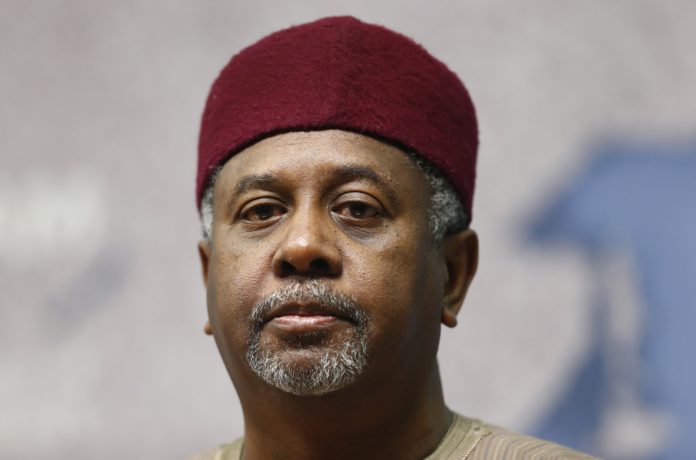 The judge, Hussein Baba-Yusuf, gave the order for the passport to be released following an application by Mr Dasuki’s lawyer, Ahmed Raji.

Mr Raji had asked the court through his motion on notice, which he brought pursuant to section 1,2,491 and 492(3) of the Administrative of Criminal Justice Act(ACJA) 2015.

The senior lawyer had requested for the passport, which he said has expired, in order for it to be renewed.

During the trial on Wednesday, Mr Dasuki’s lawyer informed the court that the matter had been adjourned to today for his client’s application.

Mr Raji said the application was dated and filed on February 11 and has 16 paragraph affidavits in support of it.

He said the application was not opposed by the prosecution because there was no counter-affidavit.

Relying on the processes, he urged the court to grant him relief one.

Ruling on the application, the judge said since the request was not opposed by the prosecution(EFCC), which put the defendant on trial, it was wise to grant the request, he added.

Justice Baba-Yusuf ordered the registrar of the court to releases the document to Mr Dasuki for renewal, having become expired since the court took its custody.

The court adjourned the matter to March 13, for the continuation of trial.

The anti-graft agency in the suit marked FCT/HC/CR/42/2015, is charging the former NSA alongside a former minister of state for finance, Bashir Yuguda; a former Sokoto State governor, Attahiru Bafarawa; his son, Sagir, and his company, Dalhatu Investment Limited.

They face a 25-count charge bordering on criminal breach of trust and misappropriation of public funds to the tune N19.4 billion.

Meanwhile, in a sister case, the EFCC applied to withdraw two applications filed in October and December 2019.

After the withdrawal, the judge struck out the application.

They were re-arraigned on an amended 32-count charge bordering on criminal breach of trust, ‘dishonest release’ and illegally receiving various sums of money to the tune of N33.2 billion.

US soldiers in Middle East will go home in coffins –...