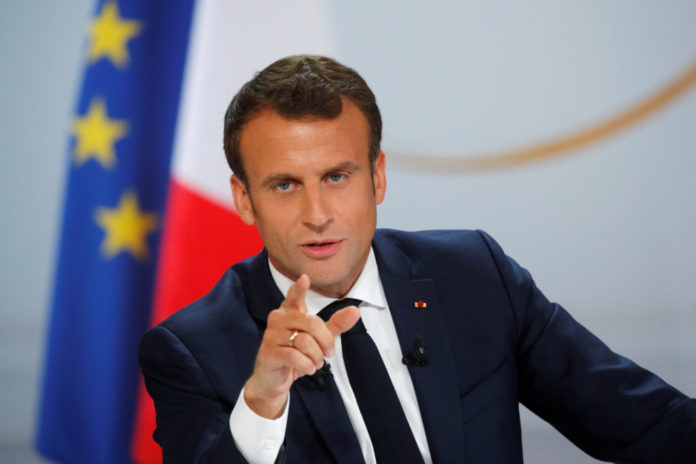 President Emmanuel Macron on Friday urged the French to limit visits to elderly people who are most vulnerable to the spread of the coronavirus that has already left nine dead in the country and made hundreds ill.

Macron, who shook up his agenda this week to focus on efforts to contain the outbreak, said on a visit to an old people’s home that they were by far the most vulnerable to its effects.

“Our absolute priority is to protect the people who are the most fragile in the face of this virus.

“The nation is behind our old… during this epidemic and we need to limit our visits as much as we can,” he said.

He admitted this could prove “heartbreaking” at times but said the measure was simply one of common sense.

He emphasised that young people should not be visiting the old because “as we know, they (the young) transmit the virus a lot”.

The French health ministry said Friday that the number of cases of coronavirus infection had jumped by a further 154 to 577, with two more deaths bringing the total toll to nine.

Those who died in France so far have been old with pre-existing conditions.

Macron said that the situation was likely to last several weeks and that people should show the “spirit of responsibility” without giving into panic.

The health ministry said its priority was to slow the spread of the virus to limit the effects for the population when the peak of the virus is reached.

“People who are old are more at risk and should be protected,” the ministry added.

One of the worst-hit regions in France is the Haut-Rhin in the east, where the number of cases jumped eightfold inside eight hours to 81, according to local officials.

The senior state official for the region, Laurent Touvet, announced a series of measures including closing some schools and banning gatherings of more than 50 people.

Some of the cases in Haut-Rhin have been traced to a meeting of an evangelical church from February 17 to 24 in the city of Mulhouse, attended by some 2,000 people.

Will Smith Was “Devastated” After Oscars Slap — Tyler Perry

No female Police Officer will be rejected from barracks for residing...