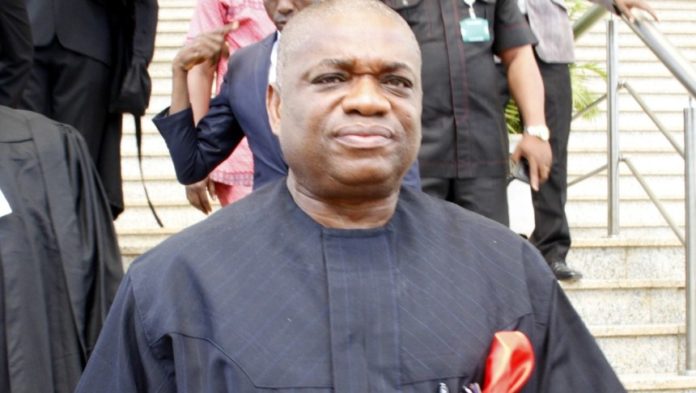 A former governor of Abia State, Orji Kalu, who is serving a 12-year imprisonment for N7.1bn fraud and money laundering, has prayed the Court of Appeal in Lagos to grant him bail, pending the hearing of his appeal.

Kalu, who was convicted of the offences by Justice Mohammad Idris on December 5, is serving his term at the Ikoyi Custodial Centre, Lagos.

But in an application he filed on Tuesday, he told the appellate court that he is battling serious health challenges that the medical facilities in the prison cannot handle.

He emphasised that as the Chief Whip of the Senate and the senator representing Abia North Senatorial District, the interest of his constituents would be in jeopardy if he was kept behind bars.

According to him, because the offences he was convicted of were bailable, the appellate court should free him while he challenges his conviction

The respondent in Kalu’s application is the Economic and Financial Crimes Commission (EFCC).