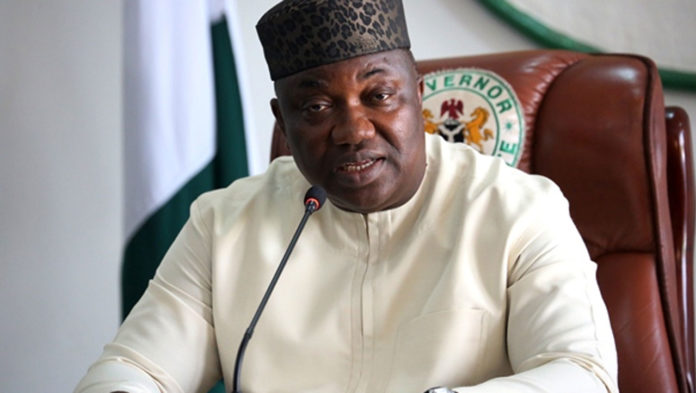 Governor of Enugu State Rt. Hon Ifeanyi Ugwuanyi on Tuesday presented 2020 budget proposal of 169, 567, 658,300 billion to the state house of Assembly for approval.

Gov Ugwuanyi disclosed that 2020 budget size which was 55.2% higher than that of 2019, was tagged “budget of responsive and accountable government”.

Presenting the budget proposal, Ugwuayi said that the size of the budget was increased for continuation of developmental stride in the state, and provision of quality health care, Infrastructure, housing, road construction and improvement in agriculture.

He recalled that his administration had set up a committee made up of technocrats to look at better ways of improving the lives of the citizenry.

“We want to act based on the recommendations of the committee and consolidate and also expand on the successes we have recorded so far” he said.

He said that his administration is determined to ensure the Internally Generated revenue, IGR of the state is made to contribute 50% to the state’s income by 2023, adding that the state had generated a total of 21 billion IGR in 2019.

While commending the governor for his determined to deliver on his campaign promises to the people, said that the house will commence deliberation on the budget to ensure that it is passed before Christmas.

Coronavirus will not overcome us, says Queen in first ever Easter...