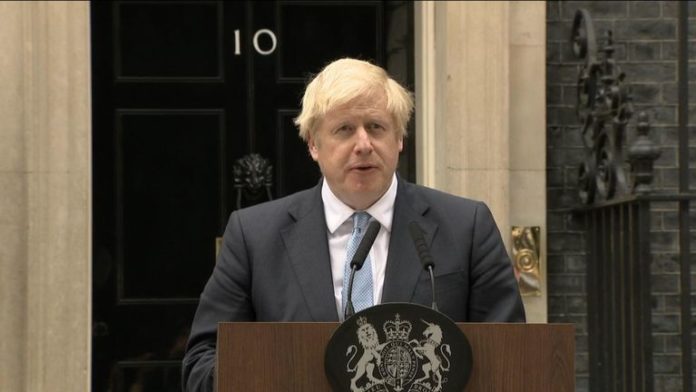 British Prime Minister Boris Johnson began a post-Brexit shake-up of his top team Thursday by sacking his Northern Ireland minister, despite his role in restoring devolved government to Belfast.

Julian Smith was a surprise casualty of the Conservative leader’s first cabinet reshuffle since his victory in December’s general election and after Britain left the European Union on January 31.

Smith was widely praised for persuading rival parties in Northern Ireland to return to the power-sharing government last month, three years after the assembly collapsed over an energy scandal.

But The Times newspaper said Johnson felt “blindsided” by the deal because it includes an investigation into alleged crimes by British soldiers during decades of sectarian violence known as The Troubles.

Smith announced his departure on Twitter, saying it had been “the biggest privilege” to hold the job and that he was “extremely grateful” to Johnson for giving him the chance to serve.

Ireland’s foreign minister Simon Coveney replied quickly, praising him for his work “at a time of real challenge & risk”.

“Without your leadership, I don’t believe (Northern Ireland) would have a Govt today… The UK & #Ireland can look to future with more confidence because of it,” he wrote.

Johnson held off from carrying out a cabinet reshuffle immediately after his December victory, choosing to wait until Britain left the EU.

After years of political turmoil over Brexit, he wants to focus this year on domestic issues, including investments in police, healthcare and infrastructure.

There had been speculation he was planning a major reorganisation of government departments but Thursday’s revamp is expected to be more modest.

But key figures such as finance minister Sajid Javid and foreign minister Dominic Raab are expected to stay.

Johnson is however expected to announce the new president of the COP 26 UN climate summit, which is being held in Glasgow in November.

The former president, Claire O’Neill, was sacked last month. She responded with a blistering attack on his leadership, and warned that planning for the summit was “way off track”

Zulum to commissioners: I will monitor your coming to offices