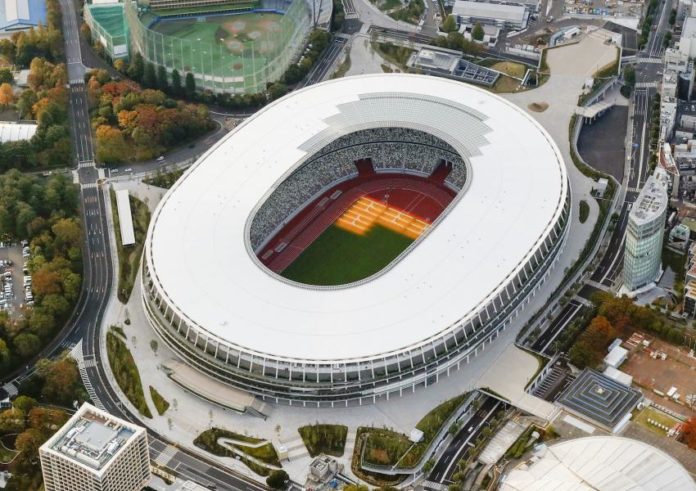 Spanish superstars Andres Iniesta and David Villa helped Vissel Kobe to a 2-0 victory over Kashima Antlers before an enthusiastic crowd of 68,000 in the 99th staging of this match.

The star-studded club, who also included Germany’s Lukas Podolski, took the lead off an own goal by Kashima defender Tomoya Inukai in the 18th minute, then doubled the advantage when the ball ricocheted into the net off striker Noriaki Fujimoto 20 minutes later.

With the victory, Vissel booked their first-ever ticket to the Asian Champions League while providing a triumphant sendoff for the retiring Villa.

Following an injury-shortened season, the 38-year-old striker, who holds the record for most goals by a Spain international, made a brief cameo as a 92nd-minute substitute.

The New National Stadium, built for Tokyo 2020, was completed on November 20.

An inauguration event took place earlier last month, with members of the public invited to test out the track at the Stadium.

The venue is set to host athletics competition during the Games, as well the Opening and Closing Ceremonies of the Olympics and Paralympics.

The new arena, constructed on the site of the National Stadium originally built in 1958 and which staged the 1964 Olympic Games, features a plant-covered facade designed to maintain harmony with the natural landscape of the neighboring Meiji Jingu Gaien area.

The eaves of the distinctive roof are made of wood gathered from the country’s 47 prefectures.

The Stadium is the second to be approved after initial plans were scrapped in 2015 by Prime Minister Shinzō Abe due to spiralling costs.