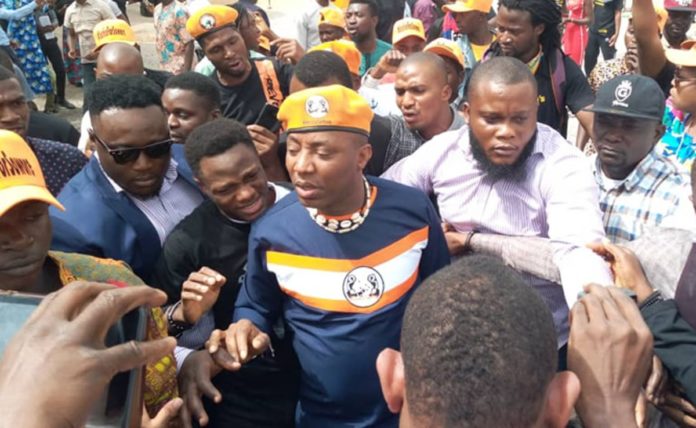 The Federal High Court in Abuja on Wednesday fined the Federal Government the sum of N200,000 for causing an adjournment of the trial of Sahara Reporters publisher, Omoyele Sowore, on frivolous grounds.

Justice Ijeoma Ojukwu who described the prosecution’s request for the adjournment as frivolous and uncalled for, postponed the trial till Thursday.

She warned that the proceedings would not continue if the prosecution fails to present evidence of the payment of the N200,000 to the defence or come to court with the cash on Thursday.

She condemned the late filing of amended charges and service of same on defence in the open court on Wednesday.

The judge also expressed dissatisfaction with the prosecution’s failure to serve all the necessary documents as ordered by the court over seven weeks ago.

The prosecuting counsel, Mr. Kayode Alilu, from the office of the Attorney General of the Federation, had explained to the court that the amendment of the charges followed the taking over of the case from the Department of State Services in December.

He asked for an adjournment to effect the service on the defence.

Defence lawyer, Mr. Olayinka Olumide-Fusika (SAN), contended that the prosecution were not prepared for trial and urged the court to strike out the charges.

But Alilu opposed the application for the striking out of the charges.

He cited Section 396 (5) of Administration of Criminal Justice Act 2011 which he said grants parties in a criminal case the right to ask for an adjournment up to five times in the course of the trial, adding that the prosecution had yet to exhaust the five times.

The judge in a ruling refused to strike out the case but awarded N200,000 cost against the prosecution and in favour of the defence.