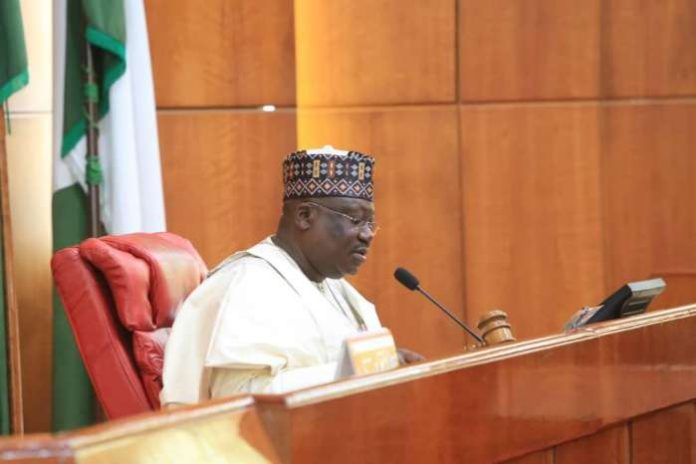 The Senate, on Thursday, following an audit query from the office of the Auditor General of the Federation, summoned the Secretary to the Government of the Federation, Mr Boss Mustapha, to explain details of an ecological fund totalling N596bn.

Also summoned were the Accountant General of the Federation and the Governor of the Central Bank of Nigeria.

The Chairman, Senate Public Accounts Committee, Senator Mathew Urhoghide, said the AGF and the heads of the two agencies were expected to explain how N596bn in the Ecological Fund Account since 1999 till 2015 was managed.

The Auditor-General of Federation, Anthony Ayine, had said the amount was deducted from the Federation Account and transferred to the Ecological Fund between 1999 and December 2015.

The AGF also added that contrary to the provision of Section 5(4) of the Revenue Allocation Act which requires that an agency be established to manage the fund, no agency had been established for that purpose.

At the meeting of SPAC with heads of some MDAs on Thursday, Urhoghide asked the representative of CBN and Accountant General of the Federation to give explanation on the details of the Ecological Fund domiciled in the apex bank.

The Accountant General in his response told the lawmakers that the fund was domiciled in the Central Bank Account and that the money had been invested.

However, the CBN officials said that they did not come with relevant documents.

They therefore pleaded with the committee to give them another day to submit the details for the SPAC consideration.

The chairman of the committee thereafter asked the AGF to be invited while the apex bank should furnish the panel with the statement of Account on Ecological Fund.