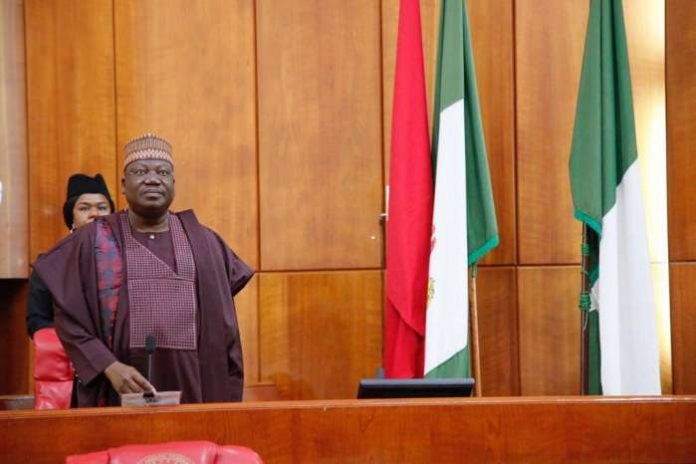 The Senate on Thursday urged the Federal Ministry of Aviation to immediately take steps to ensure that all persons arriving from China, especially Chinese citizens from Nigeria that travelled for the Chinese Lunar New Year festivities, to self-isolate by staying indoors in their homes for at least two weeks before mixing with the Nigerian public.

The Upper Chamber also extended the call for self-isolation to travellers from other countries that are on record to be affected by outbreak of the deadly disease.

The Senate, accordingly, advised the Nigerian public desirous of traveling to Asia to put all arrangements on hold until the Coronavirus outbreak is eliminated.

These formed part of resolutions reached sequel to the consideration of a motion titled: “Coronavirus Outbreak and Preventive Response Towards Stemming it’s Spread in Nigeria.”

Sponsored by Senator Chukwuka Utazi (PDP, Enugu North), the lawmaker in his presentation explained that the virus is spread through the air by coughing or sneezing, close personal contact, touching a contaminated object or surface, and rarely by fecal contamination.

He added that the Human Coronavirus was previously reported to cause severe symptoms such as acute respiratory syndrome, following the 2019 Novel Coronavirus (2019-nCov) outbreak that began in Wuhan, China.

Utazi recalled that in response to the outbreak of the killer virus, “China put millions of people in three of its cities on lockdown in an effort to contain a Coronavirus outbreak that has killed one hundred and seventy and infected more than six hundred and thirty persons.”

According to him, “Health officials fear the number of infected people will rise rapidly as hundreds of millions of Chinese people travel within China and abroad during the weeklong Lunar New Year which begin on Saturday.”

The lawmaker, while highlighting efforts made by Nigerian authorities in preventing a possible outbreak of the virus, disclosed that the Federal Ministry of Health through the Nigeria Centre for Disease Control (NCDC) has risen to the occasion by monitoring the outbreak of respiratory illness caused by the novel (new) Coronavirus.

He added that the Aviation regulatory agencies recently stepped up surveillance across operating airlines and International airports nationwide, as well as issued a travel advisory in a bid to contain any case of the Coronavirus pandemic.

Senator Jibrin Barau (APC, Kano North), in his contribution, described the motion as a wake-up call for health officials across the country to deploy early preventive measures.

He said, “I was thinking whether our health officials are doing everything possible to prevent the coming of this disease into the country.

“This motion is a wake-up call to our health officials to deploy preventive measures.”

“We should find a way to send a message through this motion to make sure the proper thing is done to a safeguard the health of citizens and the nation,” the lawmaker advised.

Senator James Manager (APC, Delta South), while contributing to the motion, said according to records, China is the biggest and most populated country in the world.

The lawmaker raised alarm that Nigeria and other countries are at risk of experiencing an outbreak given what he described as the uncontrolled influx of Chinese nationals from one country to another.

Senator Manager, who likened the Coronavirus to the deadly Ebola virus, urged Nigerian authorities to rise to the occasion, warning that “almost all powerful countries in the world are already affected.”

The Senate in its resolutions, accordingly, urged Nigerians with any reported cases of likely infection or with symptoms approximate to those associated with Coronavirus to visit hospitals for urgent health check.

The upper chamber while also calling on the Federal Government to allocate more funds to the Nigeria Centre for Disease Control (NCDC), advised Nigerians to maintain good personal hygiene by constantly washing their hands with water and soap or through the use of liquid sanitizers.