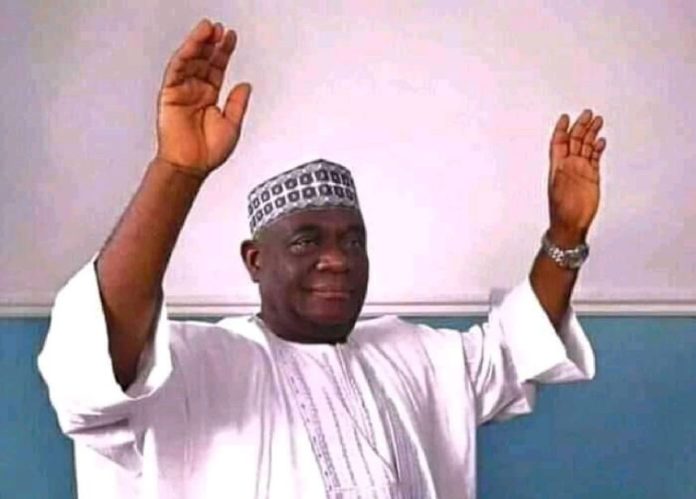 The Senate held its plenary briefly on Tuesday and then adjourned.

After about 10 minutes’ plenary, the lawmakers adjourned their sitting to Wednesday. This was done in honour of a deceased senator, Ignatius Longjan.

Mr Longjan died at a Turkish hospital in Abuja on Sunday, after a brief illness.

Until his death, Mr Longjan, 75, represented Plateau South Senatorial District. He was the vice chairman of the Senate Committee on Culture and Tourism.

He was the deputy governor of Plateau State between 2011 and 2015. He replaced Jeremiah Useni of the Peoples Democratic Party who contested for the governorship seat in 2019.

The adjournment followed a brief eulogy by the Deputy Senate President, Ovie Omo-Agege, who presided over plenary.

Mr Omo-Agege said it was sad that the Senate lost two lawmakers in the space of two months. He described as painful, the death of Mr Longjan whom he said was “an amiable gentleman who rendered patriotic service to his state and this country.”

“We are going to miss him. On behalf of the Senate we extend our condolences to his family, the people of Plateau State, and indeed Nigerians,” he said.

He thereafter, in a voice vote, urged his colleagues observe a minute silence in honour of the late lawmaker. He also asked his colleagues to suspend all other legislative activities scheduled for the day and adjourn till Wednesday in his honour – which was unanimously adopted.

The senators observed the minute silence after which Mr Omo-Agege announced that Wednesday’s plenary will be dedicated as a valedictory session for late Ben Uwajumogwu.

He admonished lawmakers to “dress appropriately.”

Mr Uwajumogu, 51, represented Imo North senatorial district under the platform of the All Progressives Congress (APC).

He was the chairman of the Senate Committee on Employment, Labour and Productivity.