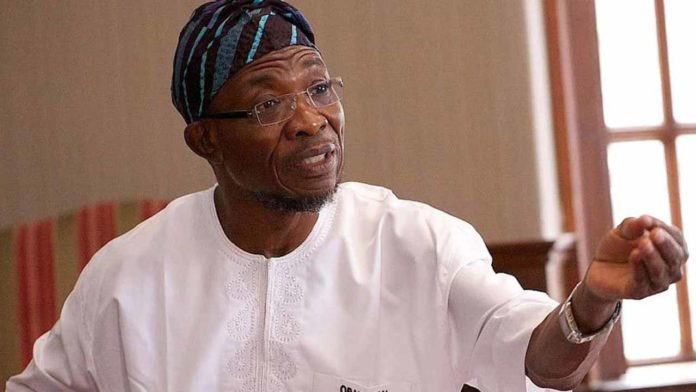 The Minister of Interior, Ogbeni Rauf Aregbesola, has blamed the porous borders for the proliferation of arms and influx of irregular migrants into the country.

He threw his weight behind the closure of the land borders and tasked paramilitary agencies to do all that was necessary to ensure internal peace and security of the country.

Aregbesola, who said this at a retreat organised by his ministry in Ilesa, Osun State on Saturday, stressed that the border closure by the Federal Government had greatly enhanced peace and security in the country.

A statement by the Director of Press in the Ministry, Mohammed Manga, on Sunday, said the minister advised the security agencies to articulate strategies that would promote collaboration, and create the necessary synergy that could guarantee a safe and secure internal environment.

Aregbesola said, “The focus of the current regime rested on the tripod of addressing internal security, revitalizing and growing the economy while tackling corruption.”

He said the retreat was an opportunity for paramilitary agencies and workers in the ministry to deeply reflect on their individual mandates for a clearer understanding of the demands on them.