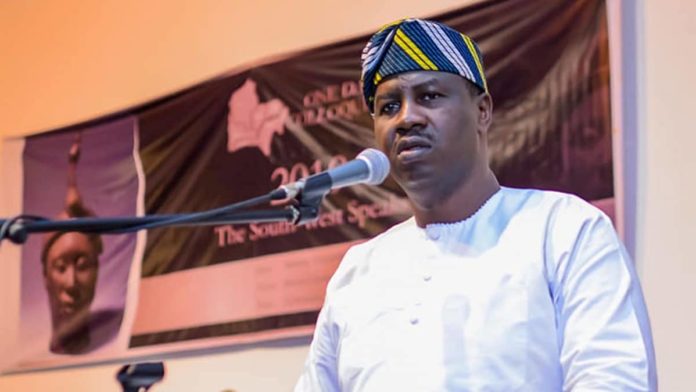 A politician, Babatunde Gbadamosi, has urged Lagos State Governor Babajide Sanwo-Olu to “increase his speed” as he implements his campaign promises.

He said although it is too early to assess the governor’s performance in the last six months, the former governorship candidate said he was unimpressed by the feats.

Gbadamosi, grandson of the Awoist, the late Sule Gbadamosi, advised Sanwo-Olu to bridge the gap between expectation and reality.

He told reporters in Lagos that the governor can only receive applause, if he fights the infrastructure battle with vigour and greater speed.

The politician, who noted that the new government had just been elected, said “the conversation to build Lagos is not seasonal conversation.

He added: “I see a waste of palliatives. They are laying sands on the road to fill potholes, and these are at the mercy of the rains. The asphat they promised has not come.

“The governor needs to find the will to implement his promises, including ending the Apapa gridlock, which may still take six months or a year.

“The minimum wage of N30,000 is zero. Lagos can afford to pay N100,000. Lagosians spend almost eight hours per day on the road to and from work due to bad roads.

“Six months is not enough to assess. But, the governor has to increase his speed. It is too early to say the governor is a failure. He should work harder.”

How we are revitalising mining sector to deepen economic growth –...