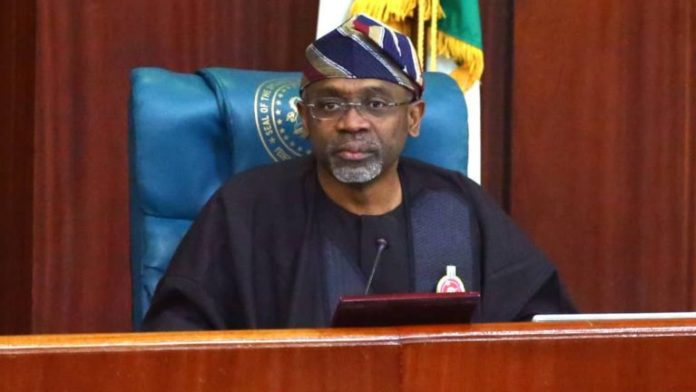 The House of Representatives has accused some of Nigeria’s neighbours of complicity in the rising cases of insecurity within the country.

It also gave a hint of a possible investigation into the activities of some of these nations with regards to allegations that they were sponsoring criminals wreaking havoc across the nation.

This was part of issues discussed at a closed-door meeting held between the lawmakers, service chiefs and the Inspector-General of Police, in Abuja, on Wednesday.

Lawmakers who attended the meeting described the three-hour long meeting as “extensive.”

The Chairman, House Committee on Defence, Mr Babajimi Benson, who was flanked by the chairmen and deputy chairmen of other security-related committees, spoke to reporters after the meeting.

Benson said, “It (the meeting) went very well. We got first-hand information on what is going on and what the issues are. We are going to report back to parliament what he heard from the service chiefs.”

The chairman declined going into the details of what transpired behind closed doors, saying, “Military issues are not things we should discuss in public but they raised a lot of issues that we must all sit down as Nigerians and discuss.”

He, however, said, “One of them (issues) is that, there is probably an international dimension to what we see. There is ISIS, there is ISWAP. These are things that we need to discuss in a very classified manner.

“But what we want Nigerians to know is that we are committed to them 100 per cent, to see that we assist the military and the Armed Forces and ensuring that this matter is put to an end within the shortest possible time.”

In response to a direct question on whether it was true that some neighbouring countries were fuelling insecurity in Nigeria, he said, “Yes. Like I said, that is part of the things we discussed. There could be some truths in that.”

He also dismissed insinuations in some quarters that the House had made a U-turn on its earlier resolution calling on the President, Major General Muhammadu Buhari (retd.), to sack the service chiefs should they failed to resign.

Benson explained that the President had the responsibility to comply with the resolution.

He said, “It is not a U-turn but the most important thing that Nigerians want is the security of their lives and for their properties to be protected. That is the meeting we are having today.

“Sacking the service chiefs is not…we can suggest but it is a function of the Commander-in-Chief of the Armed Forces; the buck stops at his table.”

Those who attended the meeting included the Speaker of the House of Representatives, Femi Gbajabiamila, principal officers as well as chairmen and deputy chairmen of Committees on Defence; Army, Navy; Air Force; National Security and Intelligence; as well as Police Affairs.

The Inspector-General of Police, Mohammed Adamu, who earlier met with the Speaker in his office, left for a similar meeting with the Senate.

Earlier, Gbajabiamila who spoke before the meeting went into closed doors, said, “I thought I should be here to encourage everybody that we’re all on the same page. We all know the situation in Nigeria today; we can’t hide from it; we can’t pretend that it doesn’t exist.

“We must think outside the box, we must take the battle to these criminals whatever they are. Like I said at the State House the other day, Nigerians are anxious, but I do understand the limitations of the Armed Forces.”

The Speaker commended the service chiefs, as well as men and women of the Armed Forces for doing their best and sacrificing their lives for the country. He said the House would continue to engage the Armed Forces in order to find a lasting solution.

The meetings are coming one week after the Senate and the House called for the resignation of the service chiefs, failure of which President Muhammadu Buhari should sack and replace them.

The two chambers of the National Assembly on Wednesday last week separately demanded the resignation of the service chiefs or their sack by the President.

This followed debates on motions about the growing spate of banditry, kidnapping and killings across the nation.

President of the Senate, Ahmad Lawan and the Speaker of the House, later met with the President, Major General Muhammadu Buhari on Friday to further discuss the issue.

In a related development, lawmakers in the lower chamber have commenced work on draft bills to provide a legal framework for regional and state security interventions across the country.

Our correspondent gathered on Wednesday that the issue of the South-West zonal security outfit, Amotekun as well as recruitment and better welfare package for men and women of the Nigerian Armed Forces are to be captured in the new piece of legislation.

The Speaker of the House, had mandated the Majority and Minority Leaders, Alhassan Ado-Doguwa and Ndudi Elumelu respectively, to formulate and present constitutional amendment bills to encourage initiatives like the Operation Amotekun.

Ado-Doguwa, confirmed this development in his response to a question by our correspondent with respect to the assignment.

He said, “We have already moved into action…now working on the details of the draft bill. We will also engage the different security agencies to jointly review current security legislative framework, with a view to improving the national security architecture.”