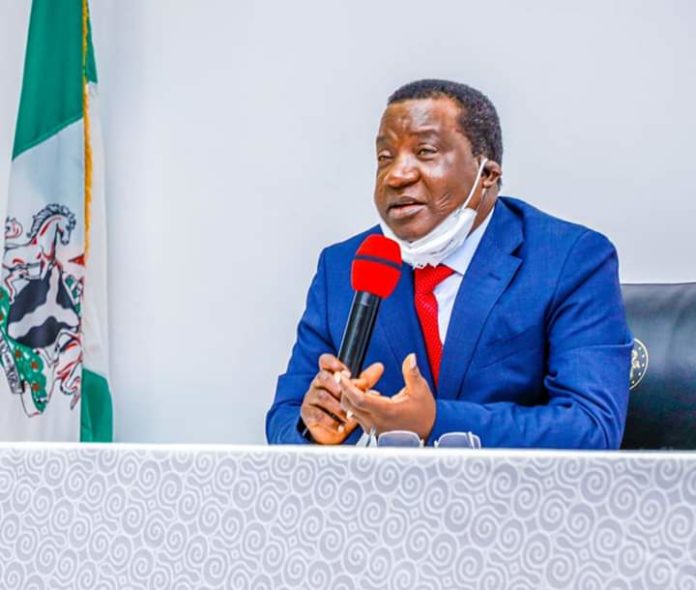 Plateau State Governor Simon Bako Lalong on Monday 30th March 2020 recieved a donation of 28.5 Million Naira from the United Bank for Africa, through its UBA Foundation as part of their contribution to the fight against the disease.

The presentation was made on behalf of the Bank by Steve Gadzama, Regional Bank Head in Jos.

He explained that the bank has remained a partner to the Government of Plateau State and is happy with the measures taken so far to deal with the situation. He said the bank has also constructed and donated an isolation facility and incubators at the Plateau State Specialist Hospital in Jos.
Governor Lalong thanked the UBA for setting the pace in contributing to the fund.

He assured that the account will be managed transparently and the money applied to critical areas including responding to the needs of the poor and people in rural areas.

Governor Lalong also said the Government welcomes other donations of facilities, medical equipment and other consumables towards building the capacity of the State to handle the situation.

Narrative that Niger Delta is unsafe is a conspiracy theory –...