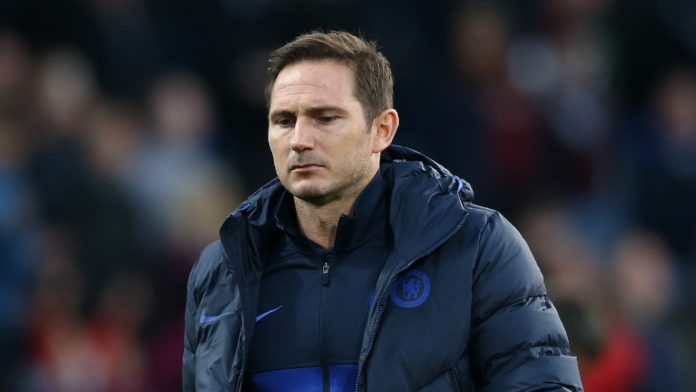 Chelsea manager Frank Lampard hinted he could dip into the transfer market next month to strengthen his attacking options after they secured their place in the Champions League last 16.

The club’s FIFA-imposed transfer ban was last week reduced on appeal by the Court of Arbitration for Sport, meaning they are free to sign players again.

Tuesday’s 2-1 win over Lille, courtesy of goals from Tammy Abraham and Cesar Azpilicueta, sent the Blues through as runners-up to Valencia but Lampard bemoaned his side’s poor chance-conversion rate.

The victory followed a run of just one win from five matches in all competitions, including a 3-1 defeat to struggling Everton at the weekend, after a bright start to the season.

Jadon Sancho and Wilfried Zaha have been linked with moves to Stamford Bridge in recent weeks and Lampard said he was considering his options.

“I will look at all areas of the team but I think it was quite clear in the summer that you lose Eden Hazard, who was a huge part of scoring or creating our goals last season and the season before that,” he said.

“I think we’ve found ways as a team where we can still be competitive. We’ve shown that in the league and now the Champions League.

“But going forward if we’re looking at if we can get even better. Can we get better in forwarding areas to help the competition to help the idea of being more clinical, then I think we’ll always look at that.”

Lampard said he was “calm” about the transfer window despite recent poor results.

“We are improving and even the little bumps during the last two weeks are part of the process and we don’t see so much in January that you can do great business,” he said.

“If it is there to be done and it feels like it is right for the club that is a conversation for me and upstairs, but I am very calm with January.”

The draw for the Champions League round of 16 will take place on Monday and Chelsea could face old manager Maurizio Sarri, now in charge of Juventus.