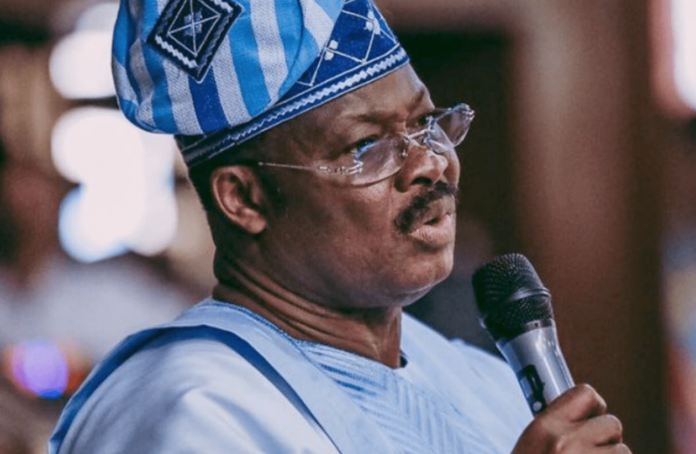 Former Governor Abiola Ajimobi of Oyo State said on Tuesday said he surpassed other past governors in the state in terms of infrastructural development and service delivery during his eight years in office.

The former governor, who made the declaration during a live radio programme in Ibadan, said his administration would remain unbeatable for many years in the history of the state.

Ajimobi, who will clock 70 on December 16, recalled that while in office, he made unprecedented achievements in areas of road construction, education, health delivery, peace and security.

He said, “Our administration’s strides were great. We made remarkable achievements in all ramifications in eight years.

“The present administration promised to do many things, so we will be watching what they will do. However, we can only hope they do well as we are all concerned about the development of the state.”

According to him,  the sustainable peace and security being enjoyed by residents of the state are the resultant effects of his administration’s initiatives.

“I make bold to say that if peace is the only achievement people will remember this administration for, I am happy for it,” he said.

In a reaction, however, the state Publicity Secretary of the Peoples Democratic Party (PDP), Mr Akeem Olatunji, described Ajimobi’s claim as empty boasts, saying, “his true personality is not about what he says about himself but about what the people of Oyo State say about him.

“Can Ajimobi walk the streets freely in Oyo State today to demonstrate his popularity? The answer is no. This is a former governor who enforced caretaker committee chairmen on local government councils in Oyo State for seven years in his eight years in government.