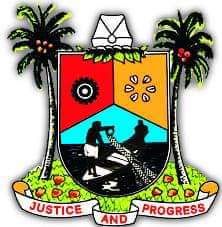 Lagos State Government, on Thursday, withdrew the charges against a former governorship candidate, Mr. Babatunde Gbadamosi and Azeez Fashola a.k.a Naira Marley, after the defendants fulfilled the letters of apology condition of the court for withdrawal of the cases against them.

The Lagos State Ministry of Justice had, on the 8th of April 2020, filed charges at the Magistrate Court sitting at Ogba against the defendants for attending a birthday party organised by celebrity couple, Mrs. Funke Akindele-Bello and her husband, Mr. AbdulRashed Bello, at Amen Estate, Ibeju-Lekki on April 4, 2020.

Speaking on the case, the Director of Public Prosecution (DPP), Yhaqub Oshoala, said that in view of the remorse shown by the defendants, the State agreed to withdraw the charges on the condition that the accused fulfill certain conditions.

“In accordance with the restorative justice procedure, the State agreed to withdraw the charges on the condition that the defendants will fulfill the following: Write a formal apology to the Government of Lagos State; Issue an undertaking in writing to comply with the Regulations of Mr. President and Mr. Governor which is the subject matter of the case before the court and Self-isolate for 14 days to protect other members of the public, ” Oshoala explained.

“The fourth condition, which pertains only to Azeez Fashola a.k.a Naira Marley, was that he will support the Lagos State Government campaign against the COVID-19 pandemic by using his position as a renowned artiste to urge the youth to stay at home and keep the required social distancing directives issued by Mr. Governor, at no cost to the Government,” he added.

Oshoala emphasised that the approach was adopted primarily because the defendants voluntarily surrendered themselves to the Police and even after being granted administrative bail by the Police, made themselves available for arraignment.

He stated that the Defendants have also pleaded that they went to visit the family not knowing there was a party going on in their residence, but admitted that having arrived at the home of the Akindele’s while the party was going on, they did not leave despite the social distancing regulations in Lagos State.

It is instructive to note that the Lagos State Ministry of Justice will continue to prosecute anyone who violates the social distancing and stay-at-home order of the State and Federal Governments.