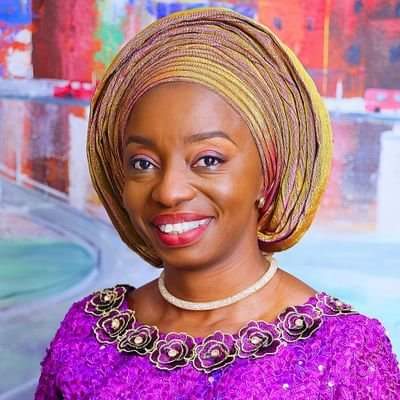 The Office of the First Lady of Lagos State, Dr. (Mrs.) Ibijoke Sanwo-Olu has dissociated itself from parody accounts being operated on Facebook by some fraudulent individuals.

According to a statement issued on Thursday by Mrs. Olubukonla Nwonah, Asst. Director, Public Affairs, Office of the First Lady of Lagos State, some dubious minded individuals put up Facebook pages to impersonate Mrs. Sanwo-Olu with the aim of deceiving unsuspecting members of the public.

She affirmed that Mrs. Ibijoke Sanwo-Olu does not operate or maintain any personal account on Facebook, stressing that the official Facebook account known as the Office of Lagos State First Lady is operated by her Media Unit.

While noting that the Facebook Management and relevant security agencies have already been notified of the development, Nwonah warned members of the public to beware of the fraudulent activities of the faceless criminals behind the parody accounts.