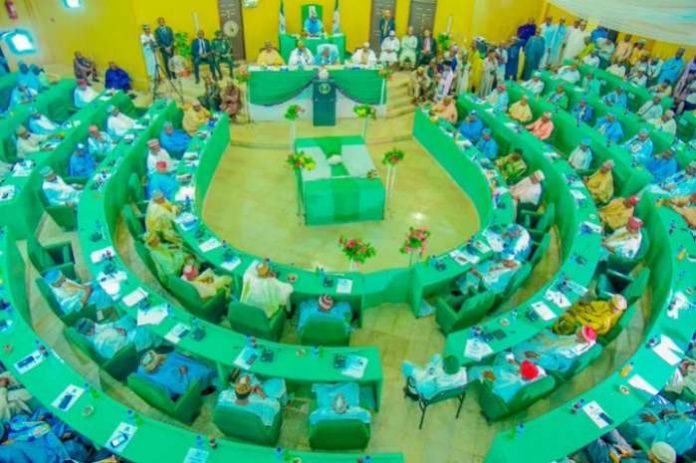 Kano State House of Assembly on Wednesday removed its majority leader, Alhaji Labaran Abdul-Madari, and replaced him with his deputy, Alhaji Kabiru Hassan-Dashi.

The motion was seconded by Mr Ali Ibrahim-Shanono, representing Bagwai/Shanono.

Newsmen reports that Uba-Gurjiya was sworn on Tuesday during plenary presided over by the Speaker, Abdulazeez Garba-Gafasa, following his success during the recent rerun elections in the state.

According to him, the decision to remove the majority leader followed the acceptance by 23 out of the 28 APC members in the 40-member Chamber.

Newsmen report that following the adoption of the motion, the legislators unanimously adopted it and called on the majority leader to step aside.

The nomination was seconded and then adopted by the assembly.