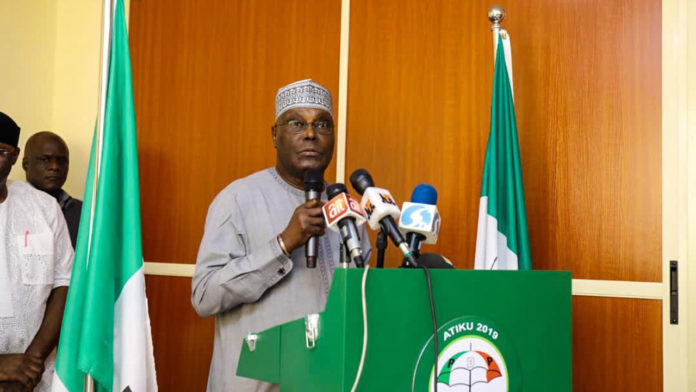 The presidential candidate of Peoples Democratic Party in the 2019 presidential election, Atiku Abubakar, has faulted claims by President Muhammadu Buhari that more Muslims are killed by Boko Haram.

Atiku made his position known in a tweet on Wednesday.

While replying to a report on Buhari’s claim, Atiku tackled Buhari for being concerned with the religion of the victims.

He said the activities of Boko Haram should be condemned outrightly regardless of the victims’ faith.

“We mustn’t rationalise killings. Whether Christian, Muslim, Traditionalist, or Atheist, the killing of any human being, by Boko Haram, or any misguided group is wrong and should be condemned unequivocally. There is no compulsion in religion. Only love,” Atiku tweeted.

The President had claimed that it is not true that the Boko Haram insurgency had claimed the lives of more Christians than Muslims.

He argued that the contrary was the case, insisting that “90 per cent” of deaths from attacks by the terrorists were Muslims.

Buhari gave his position in an op-ed published in Speaking Out, a guest opinion column for Christianity Today, a United States-based magazine.

The op-ed was a tribute to the Michika Local Government Area Chairman of the Christian Association of Nigeria in Adamawa State, the late Pastor Lawan Andimi.