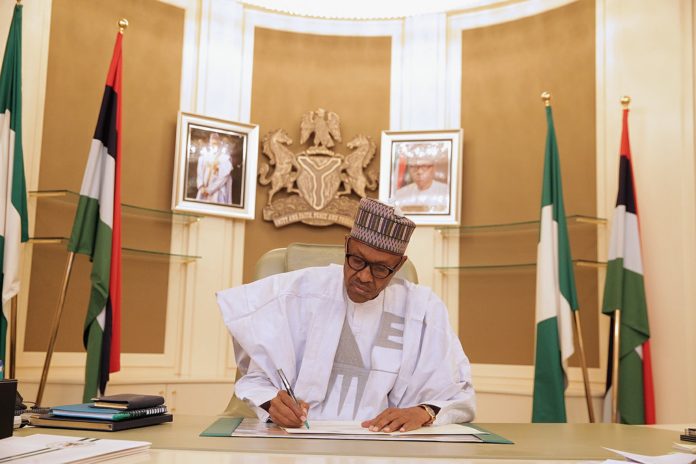 The Federal Government on Thursday says though it is true that the country is facing security challenges, President Muhammadu Buhari will not resign as being canvassed in some quarters.

While discussing the deteriorating security situation in parts of the country on the floor of the Senate not long, the Minority Leader, Eyinnaya Abaribe, had called on the President to resign if he could not guarantee security.

The National Assembly, some individuals, and groups have also called on the President to sack his service chiefs.

But the Minister of Information and Culture, Alhaji Lai Mohammed, told reporters in Abuja on Thursday that Buhari will not resign because he has the mandate of Nigerians to preside over the affairs of the country till 2023.

He noted that the nation’s security challenges is being aggravated by fake news.

The minister said, “As I said earlier, the country is facing security challenges, and the challenges are being tackled headlong.

“However, there have been some red herrings in recent times, including those calling for the resignation of Mr President or the sack of the service chiefs.

“I just want to say that the government, which has provided and continues to provide the military and the security agencies with the wherewithal, believes in their ability to tackle insecurity.

“These challenges will be successfully tackled. I will, however, advise all commentators, especially political and religious leaders, to be very careful at this time not to aggravate the situation with incendiary comments; comments that cash in on our religious, ethnic and political fault lines to further divide us.

“The kind of comments that have been attributed to some leaders, especially religious leaders, are incendiary and reckless. Leaders should be part of solutions to problems, rather than aggravating situations.

“To those asking Mr President to resign, I wish to say this: Mr President will not resign. He has the overwhelming mandate of Nigerians to preside over the affairs of the country till the expiration of his tenure in May 2023.”

Governor Fayemi offers scholarship to student with nine A1 result in...