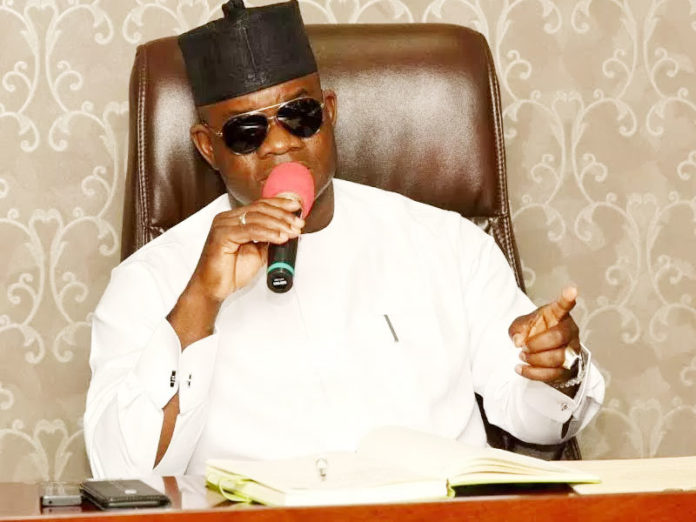 Kogi State Governor, Yahaya Bello, has said that he was not in the position to decide where his successor would come from after his second term in office, saying only God and the Kogi electorates can decide that.

The governor said this on Tuesday while reacting to demands on power rotation made by the Kogi West Elders Forum who paid him a congratulatory visit in Government House, Lokoja.

Governor Bello said the issue of power rotation in the state should be a public discussion, noting that the people of Kogi state believe in equity, justice and fairness.

He stated that as governor, he wouldn’t say who will succeed him or where the next governor will come from amongst the three senatorial districts of the state noting that only God has such powers.

The governor also told the Elders that the three arms of governments in Kogi State were working in cordiality noting that the little disagreement with the judiciary as regards biometric data capturing of judicial workers has been laid to rest.

The governor promised to continue to fight insecurity and provide more infrastructure for the people while noting that all ongoing projects in the state will be completed.

Earlier, Gen David Jemibewon (Rtd) who led the Forum, in his opening remarks stated they were on a congratulatory visit to the governor on his victory at the just concluded governorship polls in the state.

While giving the submission of the Kogi West Elders Forum, Major General Julius Olakunle Osanupin (Rtd) stated that the governor should ensure that all stakeholders in the state are consulted in the formation of his new cabinet for input.

He urged the governor to ensure executive and political power rotation within the state noting that the concentration of power in a particular senatorial district has been the cause of violence in the state in the past.