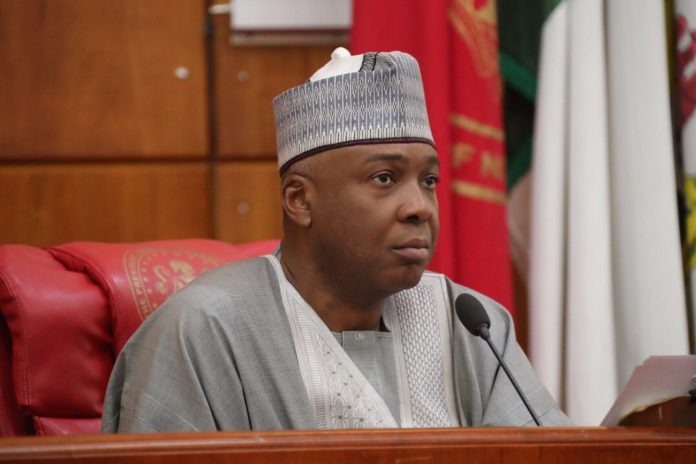 Kwara state Government has agreed an out-of-court-settlement on the disputed land between its and the late Dr Olusola Saraki’s family.

The state government’s action is in response to an earlier letter from the Sarakis seeking for an amicable out-court-settlement of the case.

Agents of the state government had on January 2nd demolished some property (Ile Arugbo) at the Ilofa Road, GRA Ilorin of the late strongman of Kwara politics.

The state government claimed that the parcel of land was illegally acquired by the Sarakis under the name Asa Investment Limited.

This has led to litigation between former Senate President Bukola Saraki and the state government.

At the last adjourned date, state High Court in Ilorin had urged parties to the dispute to explore out-of-court resolution of the case.

At the resumed hearing of the case on Friday, Counsel to Asa Investment Limited (Sarakis) AbdulAzeez Ibrahim informed the court that his clients had received a letter from the state Ministry of Justice inviting them to a meeting slated for January 27th, 2020.

Said Ibrahim: “On January 15th, your lordship conscientiously advised parties to explore settlement of the case out of court in the interest of peace in this state of harmony.

“Consequent upon that we as counsel to the claimant had to persuade our client and after thorough discussions our client instructed us to write a letter to the Attorney General and Commissioner for Justice of the state of our readiness to meet with him. And we served the 20th January, 2020.

“Consequently, this morning in this court, we were served with a letter dated January 23rd, 2020 from the Kwara state Ministry of Justice. In the letter we are invited for a meeting slated for 27th January, 2020.

“We want to explore the opportunity this court has afforded. We therefore, submit that an adjournment is imminent and
inevitable.”

Counsel to the state government, who is also the Director Civil Litigation, Ministry of Justice A.M Bello confirmed the receipt of a letter from the claimant’s counsel seeking for amicable resolution of the case out of court.

“In tandem with the tenet of the said letter, we have invited the claimant for a meeting on Monday next week for out-of-court settlement of the case.” Mr. Bello added.

In his ruling, presiding Judge Abiodun Adebara said urged the parties to resolve the case amicably before the next adjourned date.

Said he: “This court is particularly impressed by the parties for the steps taken to settle out of court; they are therefore enjoined to engage in meaningful discussions that will lead to the resolution of the case out of court. I will the parties well in their deliberation.

“With the concurrence of the learned counsel, this case is adjourned to March 2nd for the report of out-of-court settlement.”