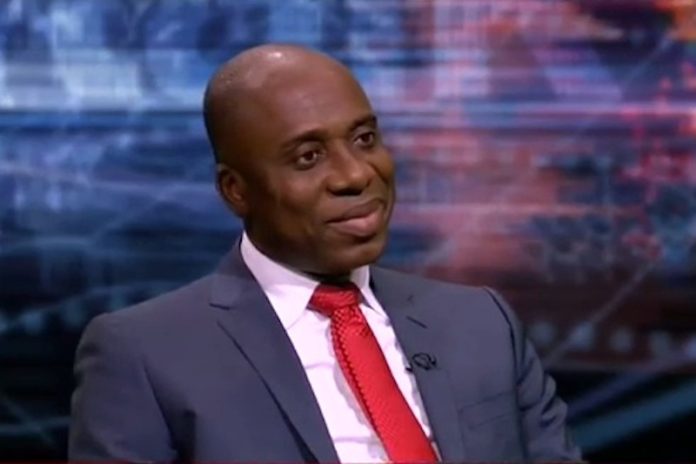 The Minister of Transportation, Mr. Rotimi Amaechi, on Thursday in Abuja said that he was not aware of the reported sack of the Director General of Nigerian Maritime Administration and Safety Agency (NIMASA), Mr. Dakuku Peterside, by President Mohammed Buhari.

Dakuku’s tenure, Amaechi said, expires on Tuesday, noting: “until his tenure expire that is when you can approach Mr President either to reappoint or replace him. By law the President has appointment authority, while the minister has the recommendation authority.”

Amaechi, while appearing on TV programme, stated, “As the Minister of Transport, I should know. Government does not take unilateral decisions, if he were to be sacked I should have been intimated of his sack, but I am not aware. Although his tenure expires on Tuesday.”

Asked if the alleged sack had anything to do with National Assembly’s probe of the agency for failing to audit the agency account for the past six years, Amaechi said: “I am not aware of what you said. Six years? He came into office in 2016, that means he has been DG for four years, you cannot be punishing him for the offence committed by past DGs.”

Speaking further, he said, “I don’t think the news is right, I feel it’s mere speculations, they should wait till next Tuesday. Like I said the president has the authority to appoint whoever he wants to appoint and if he wants to extend his tenure he can do so.”

When yold that being the supervisory minister of the ministry, the DG was berated by the senate for not responding to summons in person, he said, “I don’t supervise whether he attends summons or not, I do attend National Assembly summons. I will be surprised if Peterside does not respond to the summons because he was once in the House of Representatives.”

Corruption in Buhari Presidency, APC, Responsible for Poverty In Nigeria –...