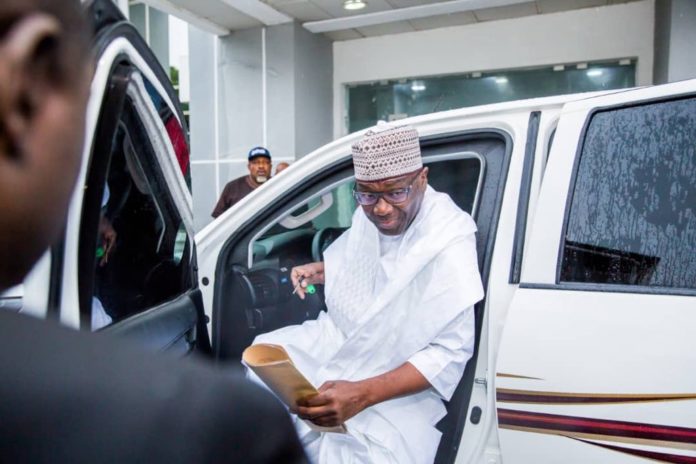 Eight months after being sworn in as the governor of Kwara State, AbdulRahman AbdulRazaq says he still drives his personal cars for official duties.

He said this on Thursday while denying that the government was behind the popular musical concert that featured pop star Wizkid in Ilorin on Christmas Day.

He said the claims that his administration spent N200m to organise an end-of-the-year party was a farce, saying, “Those behind the claims were the people who brought the state to its knees and thought everyone was like them.

“The Wizkid concert was not sponsored or funded by the state government. It was purely a private sector initiative.

“We, however, would continue to support such enterprising initiatives so that Kwara can better tap into the potential in the entertainment and creative industry.

“Ours is to provide the enabling environment for such initiatives.

“They also said I bought bullet-proof cars. These are laughable claims.

“Their strategy is to say that we are like them and tar us with the same brush. We are not. We are prudent with public resources.

“As of today, I still drive my personal cars as official cars.

“I bought them before I was sworn in. Although the law allows me to buy such vehicles, it is not a priority for me.

“We need to fix our state first.”

We will host hitch-free NBA-SPIDEL Conference in May, Makinde tells NBA...